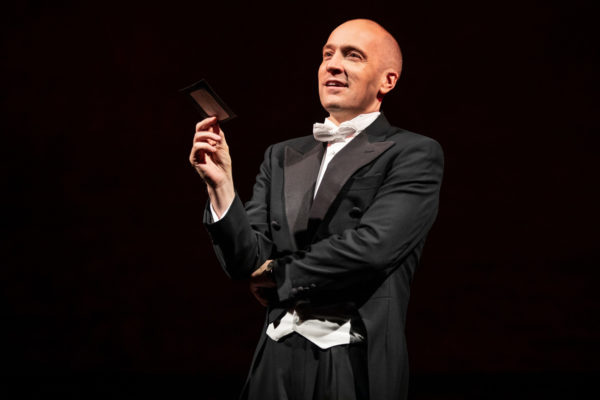 “There may even be puritanical fanatics of conscience, who prefer to put their last trust in a sure nothing, rather than in an uncertain something.” ~ Nietzsche

It has been seven full days since I exited Derren Brown’s “Secret” at the Cort Theatre on Broadway and I am ashamed to admit that at least 40% of my mental life for the past week has been devoted to trying to figure out Mister Brown’s secrets. Secrets to him and his co-writers but outlandish deceptions to me and probably you too. How does it feel to admit to being deceived over and over again for two hours?

Many moons ago, I earned graduate degrees in philosophy and psychology, a certificate in parapsychology from the Rhine Research Center at Duke University and another certificate – like Mister Brown – in Neuro-Linguistic Programming. Certainly someone of that pedigree should be able to discern where the ol’ switcheroos occur during Mister Brown’s performance – shouldn’t he? Yet after countless “How did he do that?” conversations during the intermission and in front of the Cort Theatre and then at dinner, after scouring the Internet in search of disgruntled magicians gleefully revealing how Mister Brown performs his tricks, after reading his books “Tricks of the Mind” and “Happy,” I remain magically challenged.

Worse yet, Mister Brown’s nonchalance in recounting seemingly off-the-cuff anecdotes only manages to compound the fact that along with thousands of other spectators, we are all being played from beginning to end and then some. From the start, Mister Brown feigns and pretends through his lovely and amicable grin… which only attests to his consummate acting skills and/or the spectators’ obliviousness. 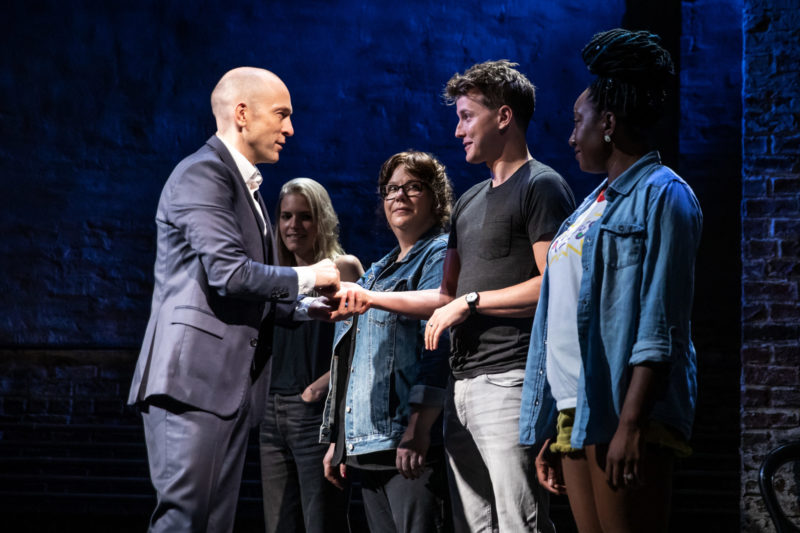 If Mister Brown’s “cold reading” of countless apparently randomly chosen audience members during the second act is real, then why isn’t Mister Brown working for the CIA exposing liars, cheaters, frauds and terrorists and making the world a safer place for us less discerning mortals?

There lies the rub.

Mister Brown claims to have no psychic abilities and yet it remains unfathomable how he could reckon other people’s deceased pet’s names or – as he does in his TED talk – other people’s sacred computer passwords – simply from their body language and their “tells.” Do all of us constantly and inadvertently provide signals for people such as Mister Brown to read that relay what lies in the recesses of our conscious and subconscious minds?

I certainly hope not.

Mister Brown asks all audiences not to reveal specifics of the show so that each new audience enters with a relatively unbiased perspective. And even if I told you specific bits they would sound incomprehensible now and appear equally incomprehensible when you see him perform them live. For he has mastered the art of seamlessly transforming what we all agree on is “reality” and puts into question how all of us get through our daily lives when we are actually as naive as toddlers playing hide and seek.

All photos by Matthew Murphy