Problems of local or global governance, including violent conflict within and between states, thus can be ascribed not merely to the faulty exercise of state sovereignty but to its very existence. 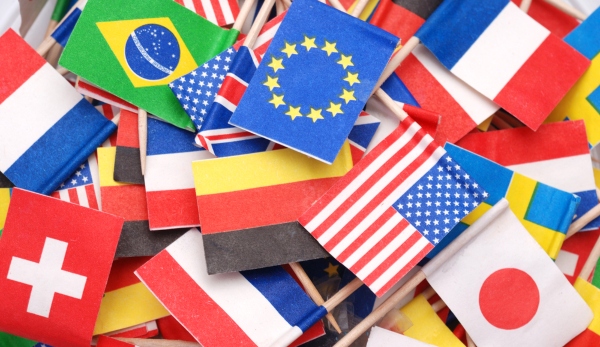 “For at least two reasons, this global governance framework no longer suffices to address certain problems effectively, efficiently, and reliably. First, mutually recognized sovereign rights increasingly clash with the often atrocious lack of exercise of sovereign responsibilities within, between, and among states. For example, the ability to exercise sovereign rights constitutes a “grand prize” to be captured in the reasonably safe knowledge that other sovereigns will abide by their mutually agreed obligation not to intervene in each other’s affairs. This encourages a dynamic whereby supremacy over territory may be violently contested by groups with little regard for those living within the contested territory. Good intentions notwithstanding, any “Responsibility to Protect” can falter precisely because – as a close reading of the relevant UN documents reveals – it is ultimately and wholly subject to the supreme authority of the individual sovereign state over its own affairs.

Second, the absence of effective, efficient, and reliable countervailing political, commercial, and cultural institutions within or outside the sovereign state leaves state neglect or abuse of its self-acknowledged responsibility uncontested. Commercial society and civil society are subsumed under the powers of sovereign states and the international organizations they form, and this creates an imbalance such that an increasing number of increasingly important intrastate and trans-boundary issues can no longer be addressed by states in a timely and peaceful way.

Problems of local or global governance, including violent conflict within and between states, thus can be ascribed not merely to the faulty exercise of state sovereignty but to its very existence.

Ultimate solutions must address governance beyond the state and do so with what we call inclusive governance networks (IGNs), characterized by the inclusion, alongside states, of commercial and civil society as equally legitimate – and sovereign! – actors. Yet virtually the entire academic and public discussion regarding global governance is carried out in terms of the Westphalian-type, sovereign state-based, and state-centric system. But unlike global civil and commercial society, the members of that system are, ironically, the least global players. They cannot but act with merely local, parochial interests in mind. Thus, by design, state-based global governance is always likely to fall short of what is needed. Myopia prevails over utopia.

What is needed is an enforceable, rules-based global structure that balances the respective strengths of political, civil, and commercial society, the first operating through power, the second through moral suasion, and the third through markets. Indeed, humanity’s very conception of sovereignty must return to its pre-1648 sense: universal assertion of authority and universal assertion of supremacy, but in a non-territorial way. (For example, religious doctrine generally asserts universal authority and supremacy over the faithful, wherever they may be located.) The question arises of how this can possibly be achieved today. Our suggestion looks to non-state sovereign (civil society and commercial) entrepreneurs and entrepreneurship. This refers to trans-boundary, non-state actors as they impinge on and aim to supplement, even supplant, certain powers of sovereign states.”

Previously published on p2pfoundation.net and is republished here under a Creative Commons license.
—