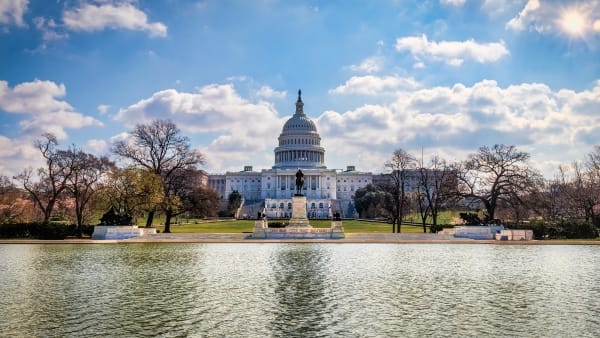 This past Friday, Judge Nancy Gertner of the U.S. District Court for the District of Massachusetts ruled that the jury award of $675,000 in punitive damages in Sony BMG Music Entertainment v. Tenenbaum was unconstitutional because it violated due process. Judge Gertner’s decision showed a commendable sense of proportion. Like her fellow federal Judge Michael Davis’s decision to reduce damages in the similar Jammie Thomas-Rasset file-sharing case, Gertner’s decision also suggests that judges might start to curb punitive damages in copyright infringement cases as they’ve done in other types of civil suits. The judge didn’t find Tenenbaum to be the most sympathetic of defendants. Thankfully, that didn’t inspire her to let a disproportionate award stand or treat copyright infringement awards like they’re exempt from due process analysis.

What do copyright infringement damages have to do with the Constitution at all? As Judge Gertner noted, there’s a long line of court decisions—stretching back to St. Louis, I.M. & S. Ry. Co. v. Williams, decided by the Supreme Court in 1919—which have acknowledged that punitive damage awards can violate the Due Process Clause of the Constitution, even if they’re within statutory ranges. The idea is that there are some awards so unreasonably excessive that they’re simply arbitrary, and the entire point of due process is to protect individuals from arbitrary punishment. That’s how Tenenbaum was able to challenge the constitutionality of the award.

The plaintiffs in this case—Sony, Warner Brothers, and other recording companies—sued Tenenbaum for downloading and sharing thirty copyrighted songs over peer-to-peer networks. Judge Gertner directed a verdict for the plaintiffs, since Tenenbaum admitted to doing this. The only questions for the jury were whether Tenenbaum’s infringement was willful and how much to award in damages. The jury found Tenenbaum’s infringement to be willful.

The plaintiffs sought statutory damages under §504(c) of the Copyright Act, which meant that the jury’s award could be between $750 per song at the least and $150,000 per song at the most. The jury chose to award damages of $22,500 per song, which made for a total damages amount of $675,000. Tenenbaum challenged this award on statutory, common-law and constitutional grounds, and ultimately succeeded on the last point. Judge Gertner reduced the award to one-tenth its size: $2,250 per song, making for a total of $67,500. She emphasized that even this award was harsh and reflected her deference to Congressional intent, not her own independent judgment.

The plaintiffs tried to argue that the most recent jurisprudence about unconstitutional punitive damages doesn’t apply to statutory damages awarded in copyright infringement cases. Their argument was largely based on the Supreme Court’ s comments in BMW v. Gore (517 U.S. 599, 1996) about giving defendants “fair notice” of the sanctions they are likely to receive for their torts. Since there’s a statute plainly saying what the sanctions for copyright infringement could be, the argument goes, Tenenbaum had fair notice. Therefore, recent decisions like BMW and State Farm v. Campbell (538 U.S. 408, 2003), both of which rejected punitive damage awards on constitutional grounds, don’t apply.

But BMW and State Farm don’t make a lack of “fair notice” a necessary precondition to finding a damages award unconstitutional, as Judge Gertner noted. Those cases also talk about the size of the punitive damages award relative to actual damages and to the benefit reaped by the defendant. If the size of the award is grossly disproportionate to the actual damages—the State Farm case suggests, as a guideline, that the ratio should be in the single digits—then it can still be unconstitutional. Judge Gertner also noted that even in the one case the plaintiffs conceded was applicable—Williams, which also concerned a jury award that fell within a range prescribed by statute—the court considered whether the award itself was excessive, and not just whether the defendant was given “fair notice.”

Applying the Supreme Court’s reasoning in BMW and State Farm, Judge Gertner reasonably found that Tenenbaum’s conduct was not dangerous enough to public health or safety, harmful enough to the plaintiffs, or profitable enough to himself, to deserve such extraordinary punitive damages. To judge what kind of punitive damages would be extraordinary, Judge Gertner looked at the only other file-sharer to take her case to court (Jammie Thomas-Rasset, who had the award against her reduced by Judge Davis), at default judgments against file-sharers who don’t fight their cases, and at damages imposed on bars, restaurants, and hotels that play copyrighted songs without a license. The default judgments tend to be the statutory minimum of $750 per song. The damages imposed on bars, restaurants and hotels are two to six times the licensing fees they would have had to pay. This results in awards much lower ($40,000 is at the high end) than Tenenbaum’s, even though they profit from their infringement and are therefore more culpable according to the Supreme Court’s jurisprudence.

Judge Gertner’s decision should be applauded because it helps bring copyright infringement damages awards back down to earth. Courts should assess those awards like any other type of award, and curb them when they’re excessive. Although Congress’s intent in prescribing statutory damages deserves deference, it’s wrong to automatically assume that Congress intended for this type and level of infringement to be punished with this level of damages.

One interesting point about this decision is that the usual dynamic in excessive punitive damages cases is reversed. Usually, the plaintiff is an individual and the defendant subjected to excessive punishment is a corporation. Here, it’s the opposite: Joel Tenenbaum is an individual citizen sued by several recording companies. Judge Gertner rightly noted that individuals deserve no lesser due process protections than we would give to Sony or Warner Brothers in a tort case against them.

This post was previously published on publicknowledge.org and is republished here under a Creative Commons license Attribution ShareAlike 3.0 License.