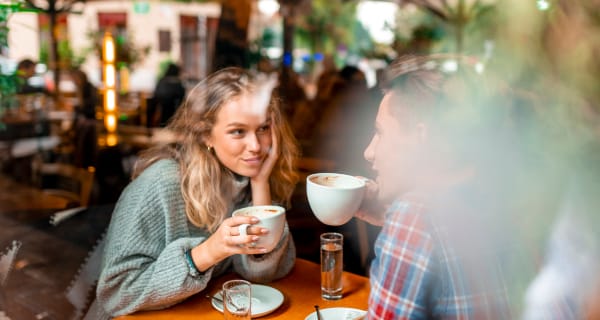 When it comes to vulnerability, some take it to the extreme.

I want you to meet Thomas.

Thomas’s friends told him about this beautiful, super cool girl that they want him to meet. On paper, Jane sounds perfect. She loves hiking. She has a well-paying job, and a lot of accomplishments.

Thomas is stoked to meet her. In fact he sneaks onto Facebook and peaks at some of her photos. She is beautiful.

Thomas’s friends set them up on a coffee date the next weekend. Thomas shaves, wears his “lucky” sweater and heads to the coffee shop. They have an awesome conversation for over an hour before Jane has to take off to her Salsa class. Thomas feels a rush of joy as he drives home. She’s the one! Finally.

Thomas, who has a lot of time on his hands, has read about how vulnerability can attract women and deepen a relationship. Coupled with all of these amazing feelings Thomas felt, he felt a four-page love letter would be the perfect move to tell Jane how he felt. Two days passed without a reply.

Thomas calls and texts, asking if she is okay. No response.

Two weeks pass and Jane finally texts back with a response. “Please leave me alone. I don’t want to date you.”

Thomas is heartbroken. He was cheated. He was vulnerable and put his heart out on the line just for it to be broken. He exposed his love and emotions and it did the opposite of what he had read about.

Even though this sucks, this is a good problem to have. It shows Thomas that his emotional investment into the relationship was strangely disproportional to the time he had actually known Jane.

Thomas is a demonstrating an Anxious attachment behavior.

When such experiences happen in a man’s life, some of them find a way to blame the woman. Some even blame women in general for not appreciating them, or for taking advantage. What men like Thomas should be doing instead is looking at what caused their emotions, and if those emotions are normal or not.

When I was an Anxious attachment type, I would start daydreaming about the house we’d have before we even kissed. How many dogs and kids would we share together. What exotic locations would we travel to.

Sometimes the girl I had plans with would cancel on me. I took it personally. I felt like crap and insignificant, even if her and I had only been on a few dates. It was really unhealthy. It was also one of the reasons I started this journey to becoming a confident, secure, and emotionally mature man.

In those instances, my emotional intensity was not proportional to the depth of the relationship. 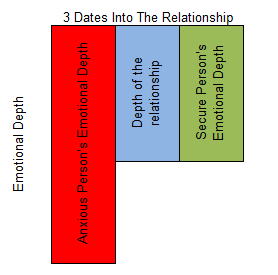 This is a neon sign blinking in your eye to let you know that your emotional issues run deeper with yourself; not with her. The weirdest thing I learned was that I was not actually in love with the girls I obsessed over, but I was in love with the idea of her.

I was in love with the idea of not being alone. I was so desperate to be in a relationship that I’d fall in love with a rock. It turned out the women were interchangeable and irrelevant.

The women would sense this, and then they would leave.

The solution to these types of problems is to analyze the emotions inspiring such intense desperation for love. For me, this came from a deeply rooted belief that I was undeserving of love and had to always be someone else.

To counteract this negativity, I took responsibility of my emotional puking and began investing in myself. I did things that reinforced the new belief I wanted, that I was significant of love as who I was. I invested in myself and eventually overcame my neediness.

Such a journey is not a short-term, get-laid solution. It’s a long-term life solution that requires getting through some dark days to become the person you want to be. It’s a long journey. If you’re going to start, then start now.

A version of this post was previously published on KyleBenson and is republished here with permission from the author.