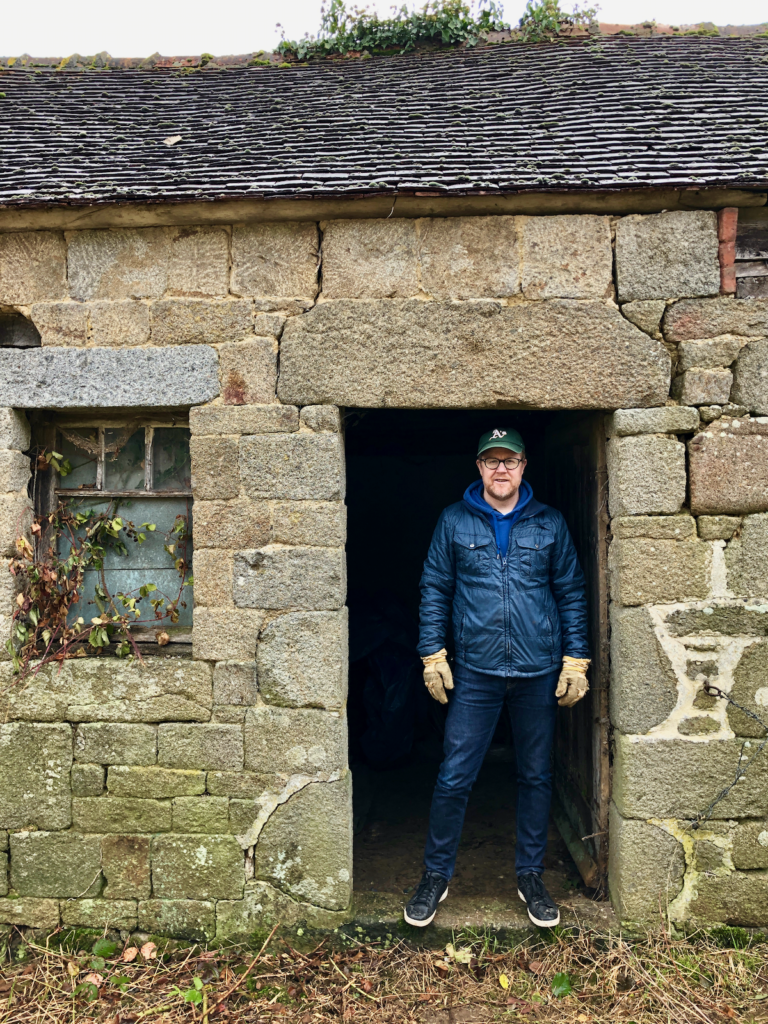 Today was Veterans Day in the U.S. and WWI Armistice Day in France. The kids didn’t have school and we decided it would fun to go through all the stuff we stored at our cottage when we moved away six years ago.

Oh my. It was a mess! We knew this already because when we spent the summer in France three years ago, and checked in on our stuff, it had already been invaded by field mice. That summer, we didn’t have the time or energy to deal with it — so we ignored it. 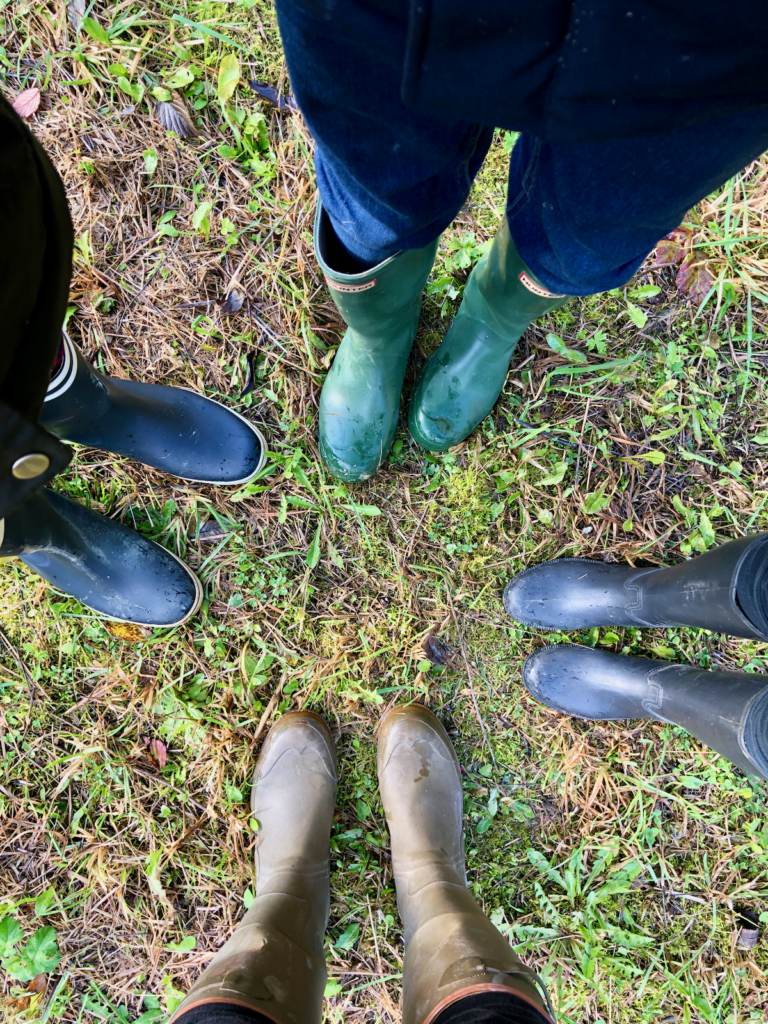 When we originally stored these items, we put them in the outbuilding at the cottage, and locked the door. We put wood pallets on the ground, and then a huge thick plastic water trough on the pallets. We put our items in the trough, and then covered everything with a few layers of vinyl tarp. At the time, we figured we’d be back a few times each year and would be able to easily access anything we needed — we were definitely not thinking the storage would go untouched-by-humans for 6+ years! 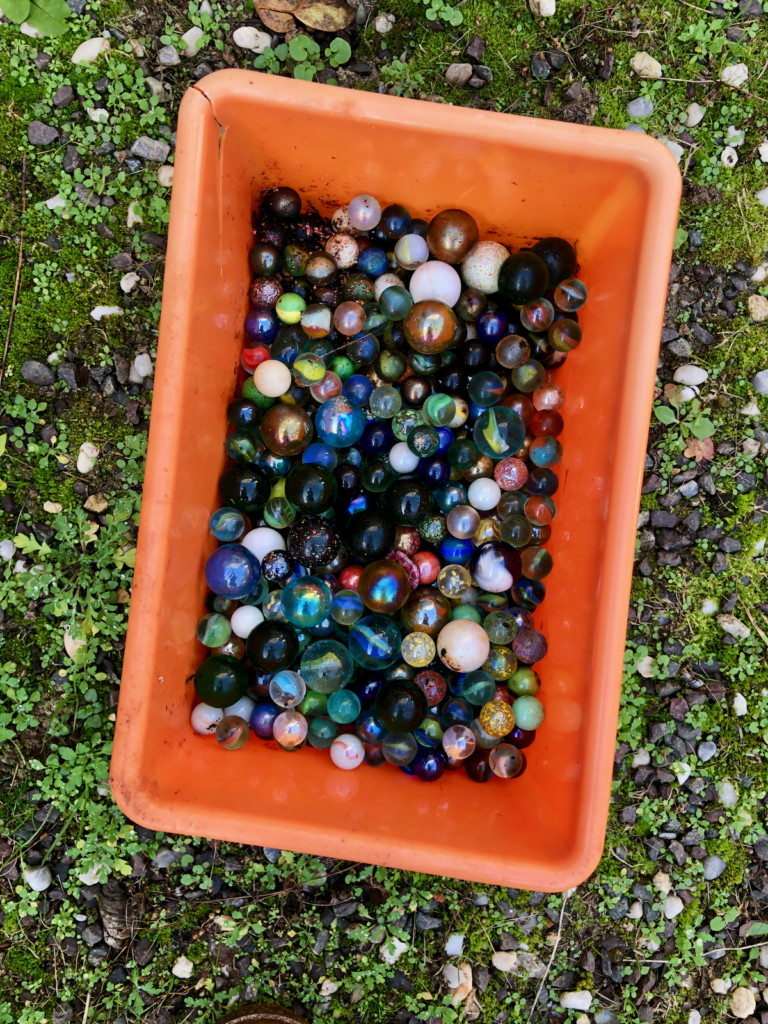 The good news: Even with the field mice using bits of anything soft to make nests, we were still able to salvage 90% of everything we stored. The other good news: in all that time, no one had ever tried to break in and steal anything. Human-wise, it was totally undisturbed.

The bad news: even the salvageable stuff was dirty and musty, and in some cases moldy. Each item had to be individually cleaned and it took us all day. But that’s okay — it was good, satisfying work.

Some of what we found:
– Boots! Lots of boots. Enough to fit all five of us — plus 3 pairs that are for younger kids. This was great news! After the mushroom hunt, I was thinking we might need to go buy boots, and now we don’t have to. Most of the boots are in excellent condition, but a couple have cracks in the rubber because they were flattened in storage — we should have stuffed them full of fabric or paper or something that would help them keep their shape.
– Books, games, and puzzles. Some in French. Some in English. And mostly in good shape, though I think the books may always smell a bit musty.
– A bin of marbles. 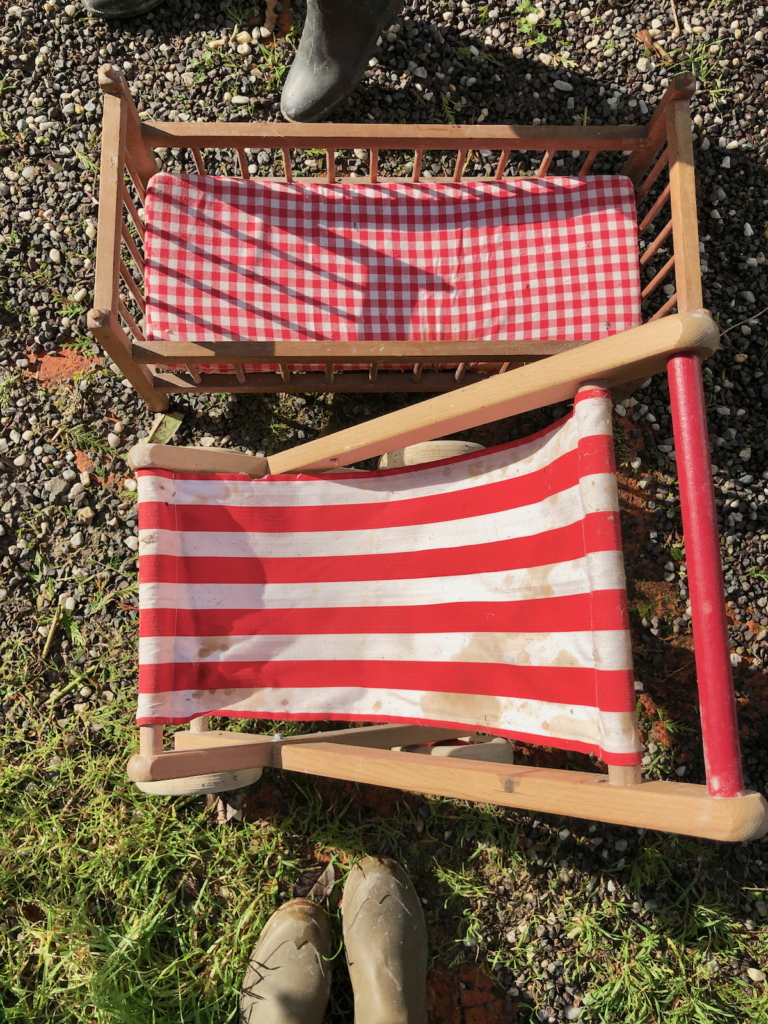 – A vintage doll bed, and a newer doll stroller. The stroller has some stains that I’m not sure how to get out.
– Big glass jars and pitchers and a vintage milk can. (We already put the milk can to use at the market today.)
– A bunch of stuffed animals. A couple had to be tossed, but we ran the rest through the washer and they’re doing great.
– Our Christmas stockings. I was worried these would be eaten, but they weren’t! They all need to be vacuumed and aired out, and there’s a knitted one that needs repairs, but overall, they weren’t in bad shape.
– A box of Christmas decorations. They were in a cardboard box that was totally untouched by pests (not sure why). The outside of the box had a thin layer of mold, but the inside was still pristine. So we just transferred everything to a fresh box and put it in our attic with the rest of our Christmas storage.
– A really cute vintage bike! I had forgotten about it. 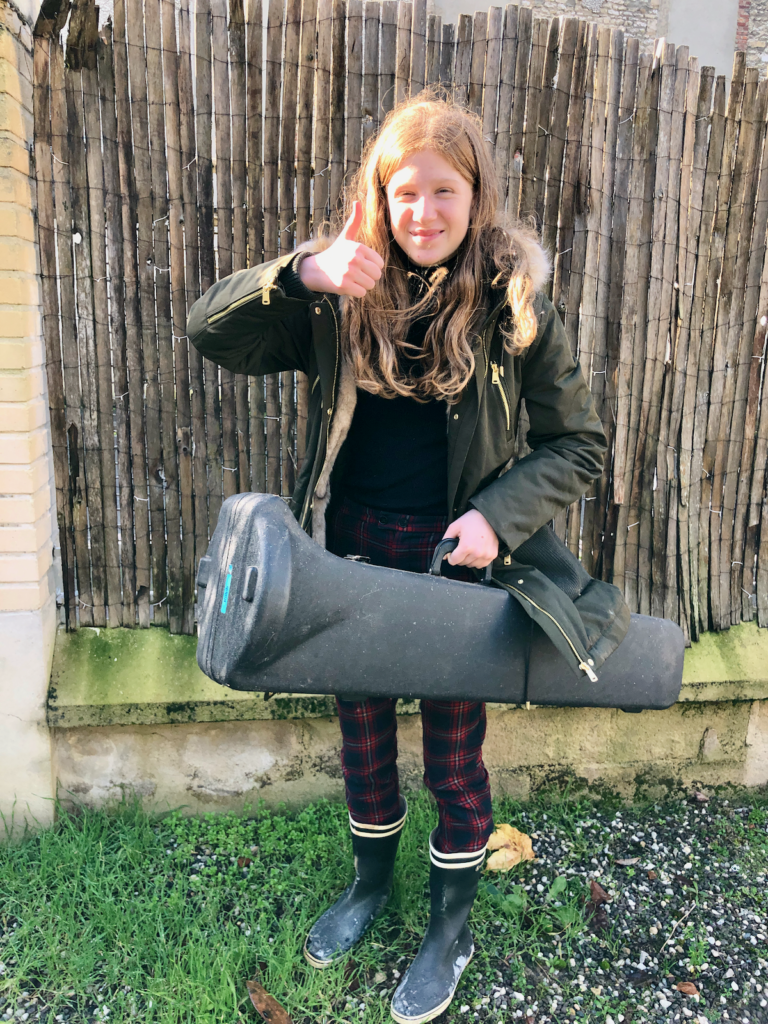 – An acoustic guitar. A kid-size electric guitar (and mini-amp). A trombone. All of these were in hard-shell cases and were in good shape. We just had to scrub the outside of the cases. Both guitars need new strings, so we’re looking for a repair shop.
– A drill with a French plug! We’ve already put this to use. (We brought our U.S. drill, but the electricity is a different voltage here and even with adaptors, some things don’t work.)
– A few small furniture pieces we picked up at vide greniers (community yard sales) when we lived here before — like two stools, and a little vanity mirror.
– A step ladder.
– Tennis rackets and tons of tennis balls. 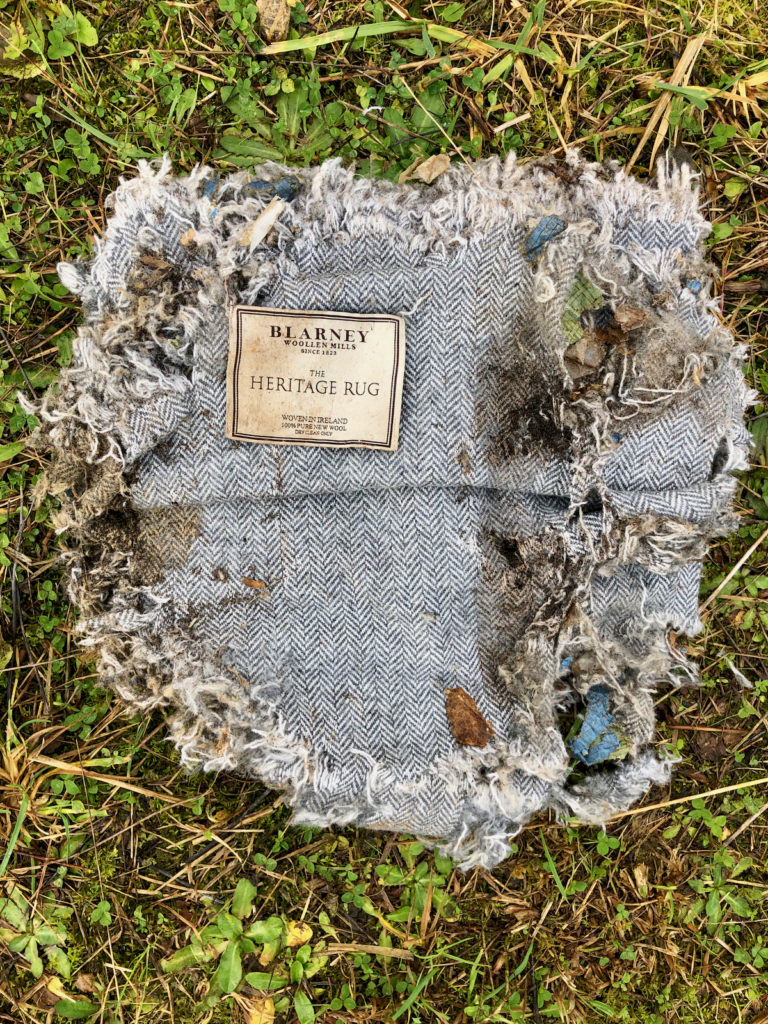 The saddest loss: A beautiful wool blanket we’d bought in Ireland was completely decimated. I’m so sad I didn’t just give it to a friend before we moved. Oh well. At least it made soft beds for baby mice. : )

If I was doing it again? The palettes and trough weren’t as beneficial as I would have guessed. We would have been better off buying airtight rubbermaid bins and storing everything inside. And though I remember we gave away a ton of stuff before we moved, we should have just given it all away, and shipped anything we really cared about to Oakland. But of course, hindsight is 20/20 — we had no idea all this stuff would be in storage for six years or we would have approached things differently.

How about you? Have you every “temporarily” stored something, thinking it would only be a few months, and then it ended up being years? What was it like to eventually go through your storage? Did you discover treasures? Or junk? Do you have strong opinions for or against storage units and storing things? I think I’m becoming progressively more and more against storing things when you move. (But that’s a topic for another post!)

P.S. — The big plastic trough was originally purchased as a backup plan for Oscar’s baptism because we weren’t sure if we would be able to baptize him in the nearby river.