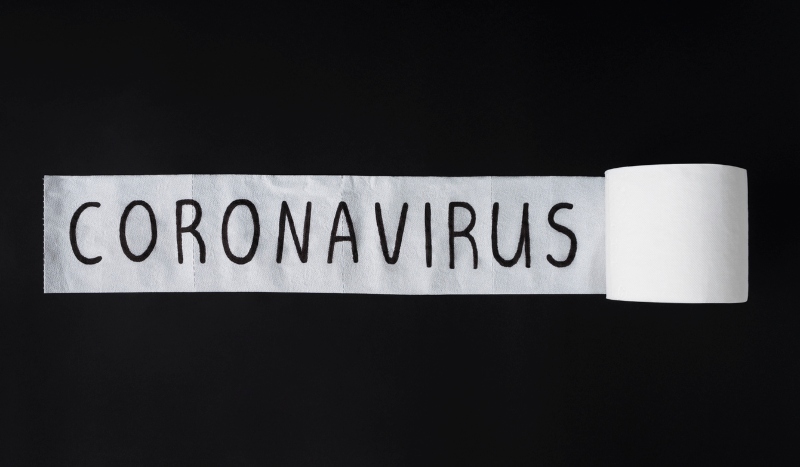 —
As mentioned in previous articles, my girlfriend has been sheltering in place with me at my home in rural Southwest Missouri because my tiny county still has only a handful on Coronavirus cases compared to the large number in her “big city” of 120,000, just thirty-minutes up the highway.

It’s hard to imagine that it’s been almost a month now that two people with Asperger’s (a form of autism) who normally live alone, and are very comfortable living alone, have been able to co-exist in the same place.

But we have been able to and we’ve learned a few things about each other, about ourselves, had our routines drastically changed and had some funny moments as well. I honestly wasn’t expecting this living arrangement to last as long as it has, but I’m very happy that it’s going strong.

My psychologist is probably one of the last people in the mental health field to get on board the telehealth train. My first virtual visit with him is this week, which means that I’ve had to drive to his office each week and meet with him face-to-face, which is to say, across the room from each other.

His office is near my girlfriend’s apartment, so this past week I grabbed a few things that she wanted and checked her mail. Just about the only thing in the box was one of those mylar envelopes that you get things in when you order off Amazon and the product comes from another country.

When I got back home, I gave it to my girlfriend, who opened it, and we both looked in somewhat disbelief at what came out of the envelope.

“Uh,” I asked, rather hesitantly. “Why did you order a bunch of gauze from Amazon when I have some here?”

She told me that it wasn’t gauze, but rather a 12-pack of toilet paper she ordered from China.

What I want to know is how do you fit 12 rolls of toilet paper inside a small, standard-sized apartment mailbox? She told me that there was no cardboard roll, which I had already figured out, and when we opened it up and unrolled a small piece I noticed that gauze was actually harder to see through than this stuff was.

This is what happens to people in the early days of the pandemic, with people hoarding toilet paper. You force people like my girlfriend who are very intelligent and extremely sane to order Chinese toilet paper off Amazon, only to have it fit inside your mailbox.

It’s not just my girlfriend who has done things that would seem out of character or out of the ordinary, I too have had my moments. I’m normally a fairly quirky guy, which is to say that sometimes I can be a pain in the rear to deal with, much less live with I’m sure.

I’m a huge comic book nerd, so to have comic book shops and the one and only comic book distributor completely shut down has been tough for me, especially on Wednesdays, which is new comic book day. The past two weeks I’ve been going through symptoms of withdrawal and luckily, I’ve found some older stuff online that I’ve never read. That has helped get me through these “troubling” times and hopefully, I won’t run out of material to read before the comic book world gets back to normal.

The other day, on a trip to Walmart, where I was playing along with their one person per cart rule, I grabbed trail mix and honey roasted peanuts off my list. Last night while sitting on the couch binging Westworld, my girlfriend had a bowl of trail mix and suddenly handed me the bowl. In it were the peanut butter chips and the peanuts from the trail mix.

“I can’t eat anything beige,” she told me with a straight face.

“OK,” I said as I accepted the bowl and began to finish it. “Then why did you have me get honey roasted peanuts?” The answer was that they are darker than a normal beige and thus ok to eat. I guess I should have seen that coming and figured that out on my own, but I didn’t.

Speaking of Walmart, I got a text the other day from the lady who lives across the street. It seems that she was grocery shopping there, turned down an aisle and found a man and woman fist fighting.

First off, I find that highly disgusting. A man should never hit a woman under any circumstances. Second, I chastised my neighbor for not getting any cell phone video of the incident, and third, I wonder what they were fighting about? Did one break the six-foot safety zone and if so, didn’t they realize that by throwing down they were getting into even closer proximity? Or was it over the last can of green beans?

Either way, no one should be fighting in a grocery store for any reason. What’s wrong with people?

On the flip side, I read a story about a bar owner who had a bar where people would sign dollar bills and staple them to the bar wall. She went into her bar, took all the money down, divided it up amongst her employees and gave it to them. One employee gave his share to another employee because he knew that the employee was worse off than he was.

This whole thing is bringing out the good, the bad and the funny and the longer this situation drags on, I have to wonder what we’ll hear more of. Will it be the stories of people going out of their way to help others, or will it be idiots punching their mother in the face over toilet paper?

One thing is for certain. As we continue to self-quarantine, we’re going to get more funny stories about the time we spend together with the people we love, or with our families. Those two aren’t always necessarily one and the same.

Going back to Walmart’s one person per cart rule, what happens to a parent who has kids and needs to go shopping? Do they simply leave the kids in the car to comply with Walmart’s new policy?

What’s it been like for you? Do you have good stories to share with us? Have you heard of good deeds or people acting like fools in your community? Share them with us at Good Men Project. Submit your pieces by following this link.