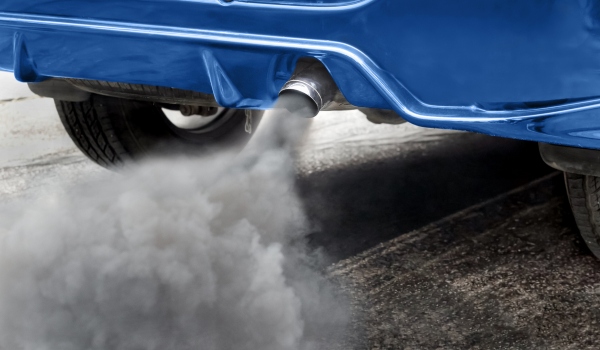 The news last week (see our story of 6 March, Coal triggers carbon level rise) that there has been a significant increase in atmospheric carbon dioxide (CO2) in the last year should have caused a ripple of fear around the world. Instead, a large stride towards the milestone of 400 parts per million (ppm) of CO2 went almost unremarked.

Yet many scientists, environmentalists and journalists who have studied climate change, campaigned to prevent it, or spent years reporting too little action by world leaders to reduce emissions, must have inwardly shuddered.

For those who understand the implications of the overwhelming scientific consensus on climate change, this is not a milestone to be passed in such a hurry and with so little attention. If the science is right, then the human race is about to lose control of what happens to our civilization and our future.

There are those reading this who will disagree with this summary. Some are simply in denial about what is happening. There are also campaigners who call themselves sceptics, who do not and will not accept the scientific consensus, through optimism, obstinacy, or because they have an alternative political agenda, sometimes encouraged and paid for by the fossil fuel lobby.

But what is surprising is the silence of the majority of rational human beings who accept the science but carry on as if nothing were happening.

There is admittedly room for argument about how quickly and fundamentally our lives will change. Are we merely approaching the cliff, standing on the edge, or have we already jumped?

Just to recap on where we are: the consensus the world (politicians and scientists) has reached on climate change is that the increase in global temperatures must be pegged to 2°C or below, otherwise climate change will literally get too hot to handle.

Less than 10 years ago scientists came to the conclusion that to have an 80% chance of avoiding that 2°C threshold, CO2 in the atmosphere must not exceed 400 ppm.

In fact coal-burning world-wide, one of the chief human contributions to CO2 emissions, reached record levels in 2012 and continues to increase.

The next milestone is 450 ppm, and it is the one politicians like to mention, probably because it still seems quite a long way away. But let us remind ourselves that 450 ppm is the point at which scientists calculate we have only a 50/50 chance of keeping below a 2°C rise, and then only if carbon dioxide emissions are on a sharply downward curve by then.

So as politicians continue to fail to act, humans race towards having only a 50% chance of avoiding catastrophic climate change.

One other fact that most people conveniently forget is that the atmosphere takes up to 30 years to react to the extra CO2 that has been pumped into it. The extreme weather events occurring internationally are caused by the carbon levels of the 1980s. Weather extremes will soon be getting a whole lot worse, whatever we do now.

Outside the climate debate and these dire predictions, economists and politicians talk another language – of the need for growth and development to feed the world’s growing population.

The expansion of China, India, Brazil and two dozen or more states in Asia (and more recently Africa) is taken for granted. It is as if the stresses of climate change, water and food shortages, and the migration of peoples from arid and drowned lands, belong to another world.

An example of this double think comes from the UK. Government ministers are urging youngsters to save for their pensions, while at the same time putting back the retirement age. They are talking about this younger generation having a life expectancy close to 100.

If the scientists are right about climate change, then this is complete bunk. In 80 years’ time most pension funds will have collapsed, along with the rest of civilization, and this will mainly be because today’s politicians, who have their heads in the sand, have failed to act.

So why was there so little reaction to our lurch even closer to the 400 ppm milestone when so many people understand its implications?

For the scientists, part of the reason is that they have been battered into silence by the powerful and well-funded climate sceptic lobby, which has hacked into their emails, campaigned to have their grants stopped, and repeatedly questioned and obstructed their research.

Journalists have some trouble re-telling such a grim story. Each new record is incremental, and news desks do not like to depress readers too much. In the words of a (probably not apocryphal) news editor: “The punters like reading about other people’s misfortunes and not their own.”

Politicians calculate that they will be out of power before the worst of the effects happen, so why take difficult decisions that damage their chances of re-election?

Maybe many of the rest of us have a version of the same thoughts. We may not last long enough to see the worst of it, so why worry? The next generation may wonder why we were so irresponsible when the disastrous consequences were so perfectly clear. – Climate News Network