Many of the canadian far north’s glaciers are likely to have melted by the end of the century, researchers believe, making significant sea-level rise inevitable. 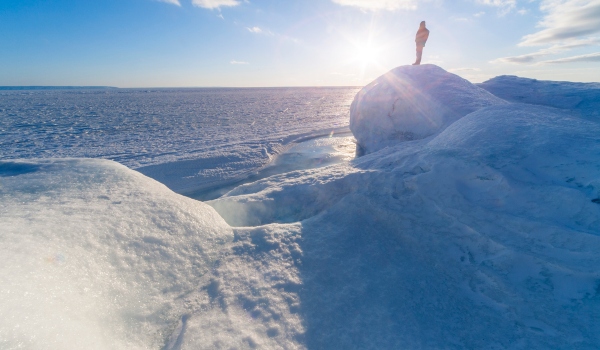 LONDON – Canada’s Arctic Archipelago glaciers will melt faster than ever in the next few centuries, research by European-funded scientists has shown. They say 20% of the Canadian Arctic glaciers may have disappeared by the end of this century, which would mean an extra sea level rise of 3.5cm The results of the research, part of the EU-funded ice2sea programme, will be published in Geophysical Research Letters this week, and the paper, Irreversible mass loss of Canadian Arctic Archipelago glaciers, is now available online. The researchers developed a climate model for the island group in the north of Canada in which they simulated the shrinking and growing of glaciers in this area. The model correctly “predicted” the ice mass loss measured over the last ten years, and the researchers then used it to look forward to project the effect of future climate change on the Arctic Archipelago glaciers. The most important result of the research is that it shows that the melting will probably be irreversibie, according to lead author Dr Jan Lenaerts of Utrecht University. He says: “Even if we assume that global warming is not happening quite so fast, it is still highly likely that the ice is going to melt at an alarming rate. The chances of it growing back are very slim.” One main reason for this expected irreversibility is that snow melting on tundra, and sea ice loss from around the glaciers, will intensify regional warming. Snow and sea ice reflect the sunlight, and when they disappear a large part of the sunlight will instead be absorbed by the land and the sea, raising the local temperature significantly.

In one scenario considered by the scientists 20% of the volume of the glaciers disappears by the end of this century. This would be accompanied by an average global temperature rise of 3°C. But the regional rise around the Canadian ice caps – a form of glacier in which the ice flows to the sea in many directions – would be 8°C. And this is not an extreme scenario, Dr Lenaerts says. Canada’s Arctic Archipelago glaciers are one of the largest ice bodies in the world after Greenland and the Antarctic. If they melted completely, global average sea level would rise by 20 cms. Since the year 2000 the temperature in this area has risen by 1-2°C and the ice volume has already decreased significantly. Professor David Vaughan, the programme leader of ice2sea, who is based at the British Antarctic Survey in Cambridge, UK, says: “Added to glaciers in Alaska, the Russian Arctic and Patagonia, these apparently small contributions add up to significant sea-level rise. “A key success of this study was in showing that the model performed well in reproducing recently observed changes. That success gives us confidence in how the model predicts future changes”. Glaciers in many parts of the world are undergoing rapid melting, although some experts argue that natural variability needs to be taken into account as well as climate change (and see our story of 3 March, Glaciers on the slide.) – Climate News Network