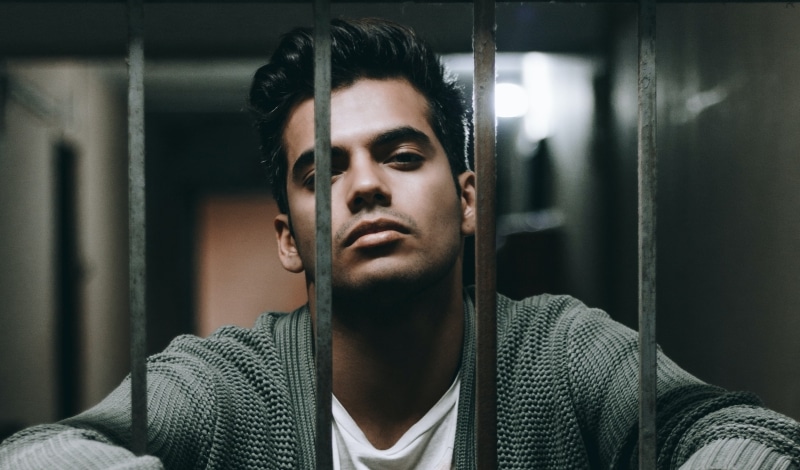 Can prison really change a person’s life for the better? Just ask my husband. He has told me over and over again since he has been out and since we have been together that it was the best thing that ever happened to him.

His drug addiction got him into a lot of trouble

Back in 1996, my husband was addicted to crack cocaine and it got him into a lot of trouble. He was so desperate for his drugs one-night that he decided to rob a music store that sold musical instruments. He got caught because someone else was doing the same exact thing as he was right before he went in and when that guy got caught, he told on my husband. They had a warrant out for his arrest and at first, he was hiding out. However, his dad talked him into turning himself in and facing the consequences. So, he did and went to the county jail for about six months and then was sentenced to three years in an Ohio prison. Although back then they said it was three years, he actually only served two years. It is a little hard to explain how they did it then.

In 1998, I was getting ready to turn 18 when I met who would become my husband, six-years later. He had just gotten out of prison two days before we met. My friend was his pen pal while he was there and she asked me if I wanted to go meet him with her. It was one of the best days of my life. We have been together ever since. The other best day of my life was the day we got married, six-years later on June 8, 2004, our sixth-year anniversary. Although we have been married for 15-years, we are always just saying we have been married and together for 21-years because we feel that we have been married for this long. That isn’t a bad thing though. We still get along great and still love each other very much.

Prison changed his life for the better

My husband said that not only did prison help him get off the crack he was addicted to but he met me after he got out and both have made his life better. Sure, we have had our ups-and-downs but who doesn’t in any relationship, right? On June 8 of this year, we celebrated our 21-year anniversary. By the way, my husband was 29-years-old when we met and although I was 17, I was one month away from turning 18. Needless to say, my parents were kept in the dark about us until I turned 18 and then I told them he was 23-years-old. They didn’t find out his real age until two years later.

My mom and dad found out his real age

My parent’s found out about my then boyfriend’s real age because he was applying for a job, along with my dad, at a chicken farm when the hiring manager asked my husband what his birth date was. He tried to say it as low as he could so my dad wouldn’t hear him since my dad was sitting next to him, but the hiring manager asked him to say it again because she didn’t hear him so he had no choice but to say it louder. My dad looked at him as he was mentally doing the math of his real age in his head but didn’t say anything until he got home and told my mom.

My mom called me once my dad got home, I was living with my husband then. We moved in together after being together for one year. You might as well say I was living with him before that because I was always spending the night with him. My mom knew what I was doing but my dad thought I was always spending the night at a friend’s house up the road from where my husband lived with his dad. She called me when my dad got home and he told her what my husband’s real age was and asked me why I lied to them. I told her she would have taken a fit if she knew I was living with a man who was 11-years older than me. She told me that she really liked him and probably wouldn’t have gotten mad about his real age. Well, I didn’t know that at the time and I didn’t want to hear the lecture.

My mom and dad are both good at lecturing me. My sister can do whatever she wants and before my brother died, he never did anything wrong either, but I, on the other hand, have constantly been lectured by both of them and still do have to hear their constant bitching at me about almost everything I do. So, it was a surprise to hear her say that and she has never once bitched at me for being with a man 11-years older than me.

My husband never acts his age

Just because my husband is so much older than me, doesn’t mean he acts his age at all. Quite the opposite! He acts my age and even looks around my age. I will be 39 next month. Especially when he shaves and cuts his hair short.

Anyway, I am also happy that he had the experience of prison. Because of this very real experience in his life, he has changed his life for the better. Besides, we might not have met and I might be with someone else, and I couldn’t imagine myself with anyone else, ever!

This post was previously published on Hello, Love and is republished here with permission from the author.
—