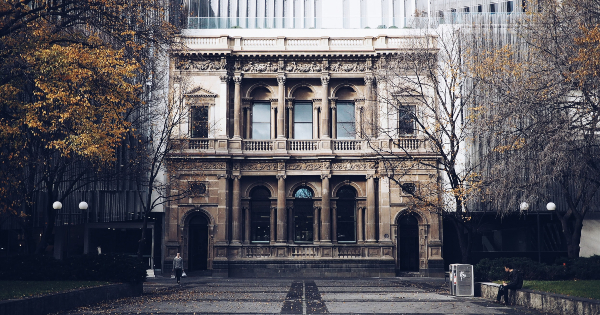 In The Good University: What Universities Actually Do and Why It’s Time for Radical Change, Raewyn Connell provides a powerful and expansive critique of the current state of higher education at a variety of different geographical scales. While this lucid and important book makes clear that the global state of higher education is at a crossroads, its optimism should make it a deserved force for change and reform, writes Emma Taylor.

The Good University: What Universities Actually Do and Why It’s Time for Radical Change. Raewyn Connell. Zed Books. 2019.

A recent study by the higher education regulator in the UK found that six institutions rewarded their Vice Chancellors with a salary of over £500,000 in the year 2017-18. Average pay for those at the most senior level in the sector continues to rise, whilst at the same time support staff suffer pay cuts, early career researchers are faced with ongoing job insecurity and students are saddled with mounting debt. This state of affairs is, for all intents and purposes, a scandal. How can it possibly be the case that universities, supposedly founded to serve the public good, are at the same time making, legitimising and reproducing significant inequalities? In The Good University, eminent social science researcher and educational reformer (or ‘hard-line feminist and dangerous lefty’ as she describes herself on Twitter) Raewyn Connell shines a stark and timely light on this contentious issue, providing a powerful and expansive critique of the current state of higher education at a variety of different geographical scales.

In the book’s introductory statement, Connell makes a convincing case for the need to understand the fundamentally collective nature of the university as an institution, consisting of essential elements that work together to create a vast web of complex inter-relationships. The first three chapters of The Good University do just that, providing an expansive yet succinct exploration of universities as sites of knowledge production, teaching and learning. She goes on to discuss the often-overlooked systems of cooperation that need to exist between support staff and researchers in order for a university to thrive, arguing for recognition of the importance of organisational know-how and distinct forms of situated knowledges that grow out of long-term embeddedness within a specific institution. It is this valuable know-how that is being systematically eroded by the privatisation of support staff contracts to the detriment, Connell argues, of the future sustainability of the sector as well as the working conditions of those staff involved. The recent case of the LSE cleaners provides a stark example of this very problem, due to the consequences of the privatisation of a crucial support service without which researchers and students would be unable to undertake the work of knowledge production effectively. In 2017, the cleaning staff were taken back in house after a hard-fought unionised campaign. However, this is just one example, and as Connell states throughout the book, the issue of the privatisation of the higher education sector is global in scale and has resultant global consequences.

The past few years have seen a proliferation in student movements across the globe calling for the decolonisation of the higher education curriculum. This vital protest has developed against a backdrop of the continuing academic hegemony of the Global North, described accurately by Connell as a flagrant power imbalance resulting in the hoarding of funds, researchers, conferences and journal prowess to the detriment of the potential existence of a more equal plane upon which knowledge production could take place free of the imperial legacies of the past and devoid of classism, sexism and racism. Indeed, perhaps what is most arresting about The Good University is the sheer scale of its critical scope. In the second section of the book, focusing on the global economy of knowledge, Connell refers to countless historical and contemporary examples, scholars, philosophers and themes to illustrate her many points ranging from the ‘Russell Group’ universities in the UK to Al-Azhar University in Cairo, and from Argentinian anthropologist Hebe Vessuri to Beninese philosopher Paulin Houtondji. She seamlessly weaves together wit with concrete evidence to draw out a glaring image of the multiple ways in which universities both make and legitimise inequalities. This is a timely examination of a phenomenon that is increasingly at the forefront of social science research, as it becomes clearer that to fully understand the existence and consequent reproduction of global inequality, we must also understand the very processes and practices that propel the elite into positions of power.

The current world in which the higher education sector is operating is characterised by profit and power as universities find themselves further incorporated into the global turn to neoliberalism. There can be no doubt that the sector both in the UK and globally has undergone profound change in recent decades, exemplified by a distinct brand of precarity, poor mental health among academics as well as the intensifying privatisation of support services. And yet still huge numbers of students worldwide leave school and go on to higher education each year. Connell turns to political economy and the concept of ‘academic capitalism’ (Sheila Slaughter and Larry L. Leslie, 1997), or the increasing commodification of knowledge production and consumption, to help make sense of this paradox. The hand of academic capitalism is astutely observed by Connell as being clearly identifiable in the existence of publishing companies that now own the journals in which research is published. She highlights the profound absurdity of a situation in which these companies have ‘performed a dazzling feat, because they have turned universities into the customers for the universities’ own research’ (124). The rise of academic capitalism, coupled with the emergence of universities as sites of inequality, results in a toxic mix of strikes, protest and increasing frustration with the sector. The state of universities in their current form is, Connell argues, unsustainable.

The concluding two chapters of The Good University attempt to highlight the potential for a more hopeful future for the sector. Again, Connell utilises her characteristic clarity to give an expansive yet short overview of multiple case studies of ‘hope’, where both past and present institutions have found means and ways to subvert the status quo. Poland in the 1880s is home to one such example, where local support for the pursuit of academia in the face of opposition from the Russian Empire resulted in the creation of the underground ‘Flying University’, named after the fact that the university operated illicitly out of students’ and teachers’ homes to avoid detection by police. The vibrant study circles that formed under such conditions continued to operate secretly and in different guises until well into the 1980s, providing opportunities for women to be educated at a time when access to higher education was restricted and curriculums were heavily policed. A more recent example includes that of the Open Access movement, aiming to disrupt the market for published research and ensure public access to research outputs free of charge or any other such barriers. These case studies, amongst others, provide a backdrop to which Connell sets a clarion call for a brighter future, calling for the recognition of a good university as ‘democratic, engaged, truthful, creative, and sustainable’ (171), and underpinned by a foundation of collectivity and cooperation both within and across institutions on differing scales. The concrete examples she provides illustrate that disruption, dissent and change can occur; what is required is the foresight and will to command action.

Connell makes it very clear in this lucid and important book that the global state of higher education is at a crossroads. There is a danger that we may continue to tread down the path of no return, resulting in a dystopic realm of corporate culture and academic capitalism characterised by managers, money and the continuing perpetuation of inequality.

It is clear that there are substantial challenges ahead. But Connell does not lose her optimism that there is hope for a brighter future for higher education. Let’s hope this book is the force for change and reform that it deserves to be.

Emma Taylor is a Leverhulme Trust Scholar in the Department of Sociology at the LSE. She has also taught Geography in secondary schools in London for the past eleven years. Her PhD research engages with the work of Shamus Khan to ask further questions of the interactions taking place in elite schools in the UK. The study uses ethnography to investigate how the (re)production of privilege occurs within an independent school setting in England. Found out more about Emma here and you can follow her on Twitter here.

Note: This article gives the personal view of the author, and not the position of the LSE Impact Blog, nor of the London School of Economics. Please review our comments policy if you have any concerns on posting a comment below

This post was previously published on LSE and is republished here with a Creative Commons License.