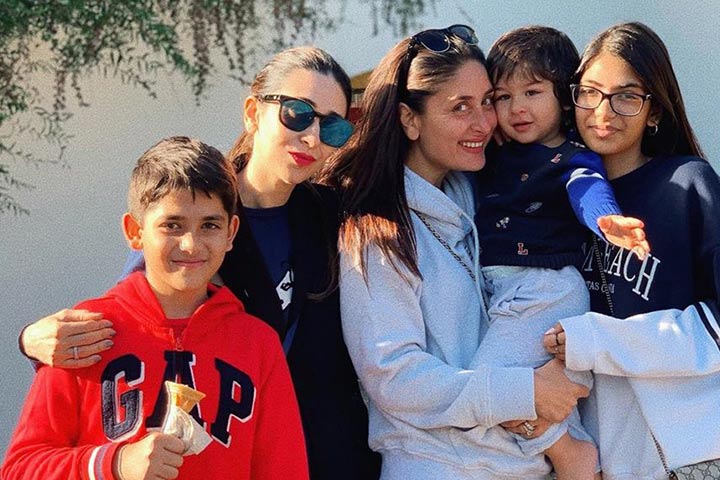 We all often talk about the loving bond between parents and children. However, there are other relationships in a child’s life that can be equally special, if not more. And that is between the immediate siblings of their parents who become their aunts and uncles. Today, we’ll talk about this bond between the aunts, i.e., Maasis and Buas. Maasis are the sisters of moms and Buas are sisters of dads. They are often the most excited when their siblings become parents and can’t wait to play with their little nieces and nephews. This goes for celebrities too. Here are a few celebrity Maasis and Buas of Bollywood and TV who share a warm and beautiful bond with their nieces and nephews: 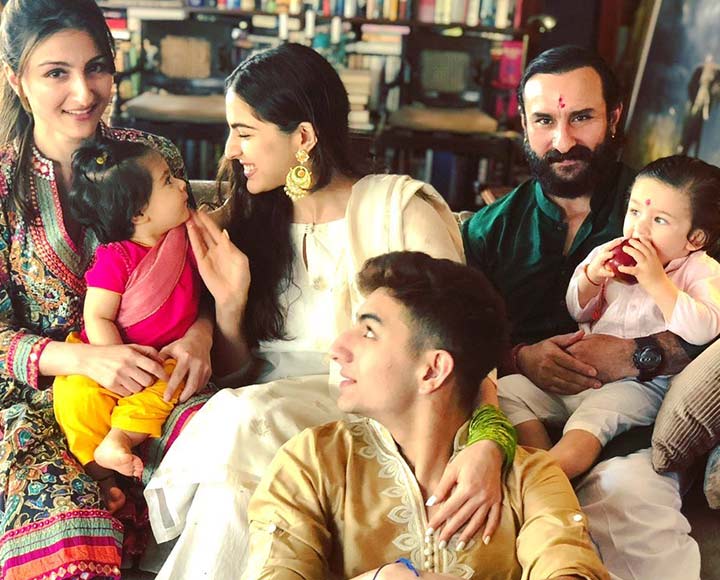 Soha Ali Khan is royalty in many ways. Not only does she belong to the royal family of Pataudi Nawabs, but her lineage boasts of some fabulous actors in Bollywood that include her mother, the legendary Sharmila Tagore, and brother-actor Saif Ali Khan. As we all know, Saif was earlier married to Amrita Singh, an actress, and so is his present wife, Kareena Kapoor Khan. Saif has 2 beautiful children from his first marriage – Sara and Ibrahim. Whereas Kareena and Saif have a son together – Taimur. Despite whatever has occurred in her brother’s personal life, Soha Ali Khan is one ‘bua’ who shares a great bond with all his kids. She adores them to the core. In fact, the kids are very much fond of her daughter Inaaya as well. Soha’s Instagram is flooded with adorable pictures of Inaaya with her cousin Taimur. 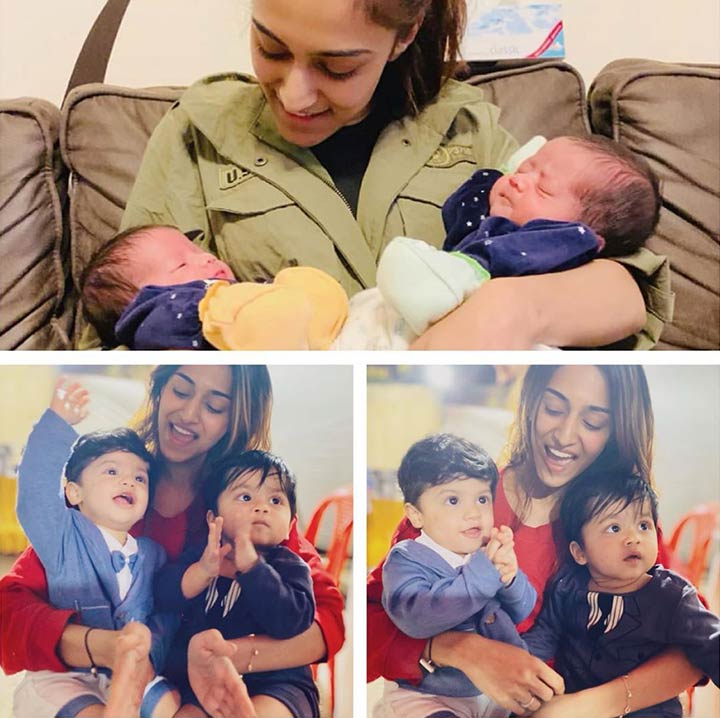 Erica Fernandez currently plays ‘Prerna’ in a reboot of the popular 90s soap ‘Kasauti Zindagi Kayy”. She is a talented actress and equally popular on social media for her stunning looks. However, some pictures on her Instagram profile are bound to catch your attention. And those are of Erica with her nephews – Gareth and Callum. Yes, they are twin boys born to her sister. Recently, Erica took to her Instagram profile and posted an adorable image of herself with the boys at the time of their birth. She captioned the picture with a birthday wish for both the boys who recently turned 1! Now, isn’t that so much like a maasi thing! 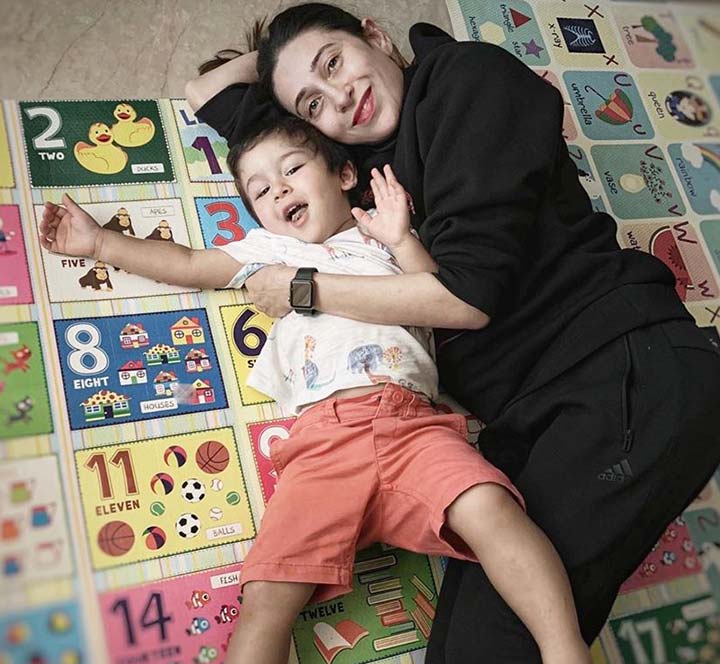 Talking of maasi, one of the most lovable maasi in Bollywood is Karisma Kapoor. Karisma had ruled the Bollywood scene back in the 90s before getting married. She has two children – daughter Samiera and a son Kiaan. On the other hand, Karisma’s younger sister, Kareena, is married to actor Saif Ali Khan with whom she has a son named Taimur. Taimur’s adorable looks have already won him many admirers and looks like maasi Karisma isn’t immune to his charm either. Often, the aunt-nephew duo is spotted together at family gatherings and parties. They seem to be having the most fun time together. 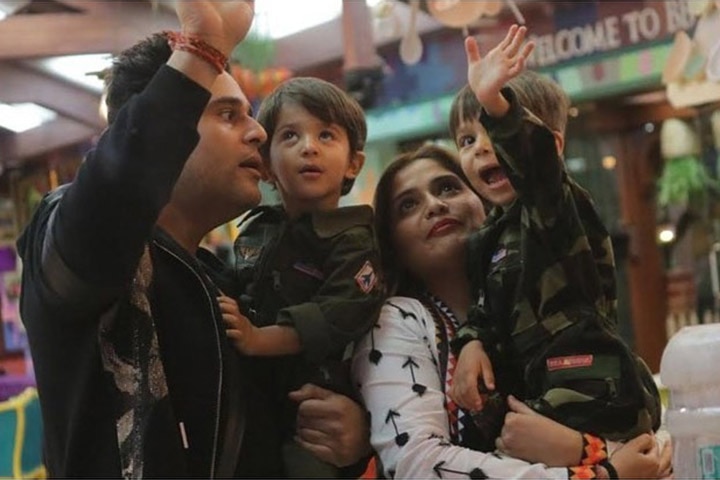 Arti Singh of BiggBoss13 fame is a talented TV actress and sister to the tremendously talented Krushna Abhishek. He is married to former Bollywood actress Kashmira Shah. Krushna and Kashmira have two twin sons – Rayaan and Krishaang – born through surrogacy. And ‘bua’ Arti Singh was quite thrilled about them. She shares a close bond with both the kids; something we got to see when Krushna visited the BiggBoss13 house with his sons as part of a task. A teary-eyed Arti got visibly emotional on seeing her nephews whom she hugged and literally ran around the house with them. She even introduced them to her fellow contestants happily.

We’re sure there are many such celebrity-‘Maasis’ and ‘Buas’ in Bollywood and TV industry. But each of them has one thing in common – an enormous amount of love and a special bond between them and their nieces and nephews! Now, isn’t this relation most of us can relate to? Do tell us about your favorite aunt in the comments below.