A dyed in the wool tree hugging left of center peace and social justice advocate attempts to talk politics without knowing which side of the fence the other person is on. 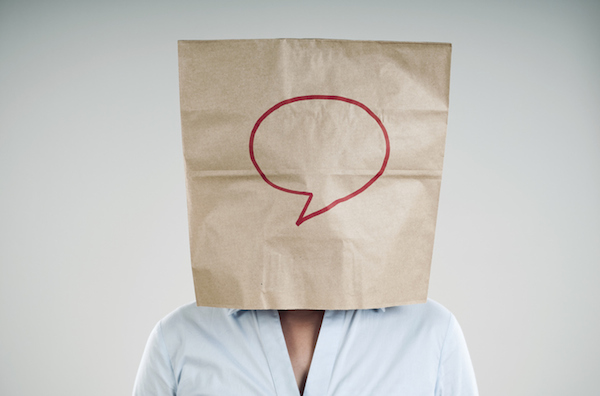 I hate to give it power by referring to it as the ‘Age of Trump,’ but in the past four years (even before the election), civil communication has been challenging. As a professional communicator, therapist, journalist, and minister, I do my best to stand on the side of cooperation rather than competition, compassion rather than judgment and influence rather than a tug of war insistence that I have a monopoly on Truth with a capital T. It is difficult to stand by and watch folks spew hatred of immigrants in the name of patriotism and disdain of LGBTQ+ people, citing religious texts. I speak up every time I hear it. I have written copious articles on the subject and yet, it never feels like it is enough to make a change, perhaps an attempt to raise the waves and ride them.

When he was initially elected, I wished that I had x-ray vision so I could tell where people’s values lay and on which side of the fence they stood. I still do. There are times when it is blatantly obvious when they wear it on their bodies, paste it on their car bumpers or imbed it on a campaign sign in their yard for those who pass them to see. Not so easy to detect when some seem to be incognito.

A few months back, I was reunited with neighbors from my home town. The middle child who was nine when we last saw each other and is now in his 50s reached out after his mother saw an article about my Hugmobsters Armed With Love events. He now lives in my little town in Pennsylvania and it turns out that we have passed each other on the street and seen each other in our favorite coffee shop without knowing who we were. When we finally met face to face, we laughed at the cosmic coincidence. His wife who I was meeting for the first time was there, as well as his octogenarian parents who I hadn’t seen in more than five decades. We had a lovely conversation and I had no inkling of what was to come. We were talking about NPR and the various podcasts we all listened to. I made some mention of #45 and his mother quietly said, “We’re Trump supporters.” I swallowed, took a breath and looked her in the eye and equally calmly asked, “Can you please tell me why?” What it came down to was that regardless of all of the hateful things she acknowledged he had done, ultimately her belief was that his policies were good for the country. Cognitive dissonance at play.

Not wanting to turn a pleasant encounter into something potentially contentious, I changed the subject. We hugged goodby when they were readying to take their leave and nothing more was said about it.

Recently, I made a new friend via unfortunate circumstances and we had a late-night conversation that was about ‘life, the universe, and everything’. I tiptoed around directly questioning her political persuasion, but she was sounding mighty progressive and not a bit conservative. It wasn’t until she made her views about the current administration clear, that I breathed a sigh of relief.

I don’t like being divisive and polarizing with anyone, but my values tell me that there is a clear right and wrong.

In my mind, anyone who supports him supports what he stands for.

I do my best to understand their view rather than ‘otherizing’. Admittedly it is hard. We all share this Big Blue Marble and if we want it to stay that way, we need to get along.