Australia’s recent experience of more fierce and frequent floods, fires and droughts is likely only to intensify, a report says, unless the world moves fast to cut emissions of greenhouse gases. 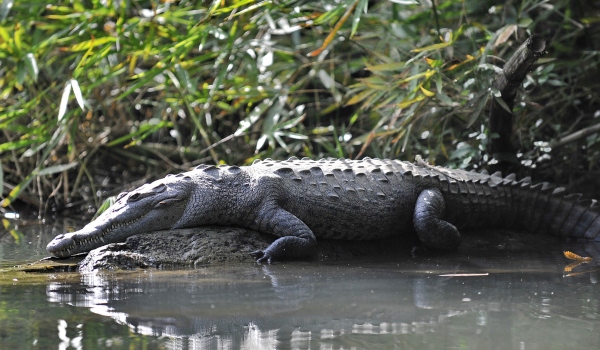 LONDON – Australians have received a stark warning that climate change is already increasing the intensity and frequency of extreme weather, posing serious and growing risks to people across the continent. The country’s independent Climate Commission, established in 2011 to provide authoritative information on climate science and solutions, spells out the reasons which underlie its warning in a report, The Critical Decade: Extreme Weather. It concludes that the world’s emissions of greenhouse gases will have to fall to almost nothing by 2050 in order to stabilise the climate. At the moment they are continuing to increase, with no sign that global agreement on reducing them is anywhere close. The report singles out south-east Australia, with its many large towns and cities, as a region facing increased risk of extreme weather – heatwaves, droughts, bushfires and coastal flooding. The Commission says regions across the south-east and south-west which are essential to Australian agriculture are likely to face a bigger drought risk. There is also a high risk that recent extreme weather events – including cyclones – will become even more severe in coming decades, increasing the risks to human health, agriculture, infrastructure and the environment.

No time to waste

Strong action to reduce greenhouse gas emissions deeply and quickly, it says, is the only way to achieve a gradual halt to the trend to more extreme weather. The report says: “How quickly and deeply we reduce global greenhouse gas emissions will greatly influence the severity of extreme events that our children, and especially our grandchildren, will experience. This is the critical decade to get on with the job.” It gives some examples of what is already happening: Heat: the number of record hot days in Australia has doubled since the 1960s. The summer of 2012/2013 was the hottest summer on record, with the hottest month and hottest day. Rain: heavy rainfall has increased globally. Over the last three years Australia’s east coast has experienced several very heavy rainfall episodes, fuelled by record surface water temperatures in adjacent seas. Drought: a long-term drying trend is affecting the south-west corner of Western Australia, which has experienced a 15% drop in rainfall since the mid-1970s. Sea-level: the level has already risen 20 cm globally. This means that storm surges ride on sea levels that are higher than they were a century ago, increasing the risk of flooding along Australia’s coasts, where most of the population live. For instance, since 1950 Fremantle has experienced a three-fold increase in inundations.

Some of Australia’s best-known natural features and ecosystems are threatened by climate change, the report says. Over the past three decades the Great Barrier Reef has suffered repeated bleaching from what it calls “underwater heatwaves”. The freshwater wetlands of Kakadu National Park are at risk from saltwater intrusion caused by rising sea level. The report’s authors say the climate system has shifted, and is continuing to shift. Levels of greenhouse gases from burning fossil fuels have increased by around 40% since the beginning of the Industrial Revolution, and the global climate system is warmer and moister than it was 50 years ago, making more frequent and more severe extreme weather likelier. They say the climate system has strong momentum for further warming over the next few decades because of the greenhouse gases that have already been emitted and those that are still to come, making it “highly likely” that extreme weather will become even more severe in Australia. Although 90 countries, representing 90% of global emissions, are committed to reducing their emissions and have programmes in place to achieve this, the report says, “much more substantial action will be required if we are to stabilise the climate by the second half of the century”. To reach that target, global emissions must be cut to nearly zero by 2050, the authors say. Turn Down the Heat, a report on the latest climate science prepared for the World Bank and published in November 2012, said the world was on a path to a 4°C warmer world by the end of this century. It said current greenhouse gas emissions reduction pledges would do little to reduce that much warming, which is at least twice as high as governments have agreed is the maximum acceptable for a stable climate. – Climate News Network