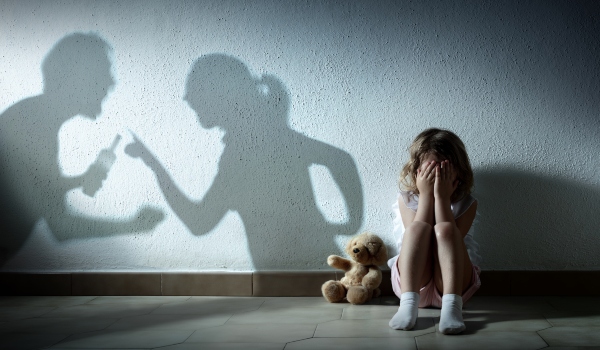 —
By Balawyn Jones, University of Melbourne

In Bali on 5 September this year, a husband violently hacked off his wife’s feet with a machete. The victim, Ni Putu Kariani, survived the horrific attack, but will be permanently disabled.

In Sydney, about one month after Kariani was attacked by her husband, Rachael Anne Lee had her throat slashed, allegedly by her partner. Like Kariani, Lee faces long-term disability. We still don’t know whether she will suffer paraplegia as a consequence of the assault.

Domestic violence affects women in both Australia and Indonesia. According to the Australian Bureau of Statistics, one in four women in Australia has been abused physically or sexually by their partner. In Indonesia, one in three women has experienced physical or sexual violence in their lifetime.

Australia and Indonesia should work together to tackle this universal problem. While Australia’s dwindling aid budget might hamper cooperation at the intergovernmental level, grassroots advocates should explore opportunities for collaboration in combating domestic violence.

In 2016, the Commission on Violence Against Women in Indonesia reported 13,602 cases of violence against women, most of which were domestic violence (75%). But this represents only a fraction of the real occurrence of domestic violence, due to under-reporting and poor data collection.

Kariani’s case is one among many instances of domestic violence in Indonesia that Australian women’s rights activist Kate Walton is trying to track in her project “Menghitung Pembunuhan Perempuan” (Counting Dead Women). She scours news sources for reports of domestic violence to create a database of incidents. She also shares this information with government and local NGOs to raise awareness.

Reliable statistics and data are important to combat violence against women. But counting women who have been assaulted, maimed or killed by abusive spouses is only one part of the solution.

Too little, too late

In 2004, Indonesia passed the Anti-Domestic Violence Law. Under this Law, domestic violence is broadly defined to include not only physical but psychological, economic and sexual violence. However, 12 years since its enactment, barriers to implementing the law remain.

Complicated legal processes, difficulties obtaining medical evidence, and costs in both religious and criminal jurisdictions can be deterrents to women seeking a divorce to escape domestic violence, or even reporting domestic violence.

Lack of education or awareness of rights, geographical or economic barriers and negative community or cultural attitudes also limit access to justice. Further, women who experience domestic violence may fear reprisals or stigma from their families or communities. These problems are not unique to Indonesia. Australian advocates have long highlighted the systemic barriers to addressing domestic violence.

Read more: Why working with men could help efforts to combat violence against women

In Indonesia, the majority of domestic violence complaints are dealt with through non-legal avenues. At a local level, family or community leaders often mediate through traditional dispute resolution. There are also reports of police regularly dismissing women’s claims about domestic violence.

Most cases do not make it to court. Of the domestic violence cases that do reach the courtroom, the majority are resolved through divorce proceedings, rather than in the criminal courts.

At the institutional level, the response to domestic violence in Indonesia may be described as too little, too late. Currently, the gaps in government policy and programs are being filled by NGOs to the best of their capability.

Programs such as Yayasan Pulih in Jakarta and Rifka Anisa in Yogyakarta provide front-line services to Indonesian women. However, community programs to assist victims of domestic violence are largely constrained by funding. The scale and capacity of these programs needs to be increased urgently.

Similarly, front-line women’s services in Australia continually face funding cuts and are often overwhelmed by the number of women seeking assistance. However, as highlighted in the findings of the recent Royal Commission into Family Violence (2016), domestic violence responses in Australia have considerably improved in the last decade. Although there are still failures and limitations, the system is continually progressing. There is now increased reporting of domestic violence to police and greater community and institutional awareness of the dynamics of domestic violence.

There is a lot that Indonesia can learn from Australia in combating domestic violence. Unfortunately, in light of Australia’s continuing foreign aid cuts, cooperation on domestic violence is unlikely to increase at an intergovernmental level.

However, there remains significant opportunity for Australian NGOs and advocates to collaborate directly with Indonesian NGOs to help tackle domestic violence at the grassroots level.

Regardless of their wealth, status, education, religion or ethnicity, women continue to face a high risk of domestic violence. It is not only harmful for individual women, but has broad negative impacts on Australian and Indonesian communities.

Our response to violence defines us as a society. It may be convenient to treat cases like Kariani’s and Lee’s as one-offs, or reduce them to the individual psychology of the abuser, but it is wrong to do so.