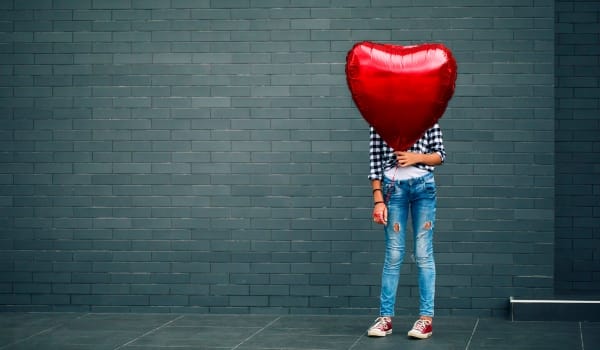 I hope you can help me on this and I’ll start with some backstory: I’ve known this girl since…always. Her sister and I went to kindergarten, elementary and high school together and we’re close friends. I guess I began having feelings for her when I was 11-12, mostly because she was three years older than me and seemed like a woman, not just a girl. Time went on and over the years we became close friends and I discovered how amazing, funny, smart, laid back and friendly she was and I became more attached to her. She eventually graduated and moved out of to college. This really devastated me and I awkwardly confessed my feelings hoping that she would stay and marry me (I was 15, don’t get mad at me). As expected she told me she didn’t feel that way and that she liked me as a friend and a little brother.

She was great enough to give me some advice and told me to focus on girls my age. Of course, I didn’t follow her advice and kept liking her and everytime she came home to visit her family and friends and we would spend some time together I was the happiest man alive. My crush on her continued even after I finished college. A year ago I got my first job in the same city as her, so we hang out more often. Everything was great until she got a job offer in Europe. I’m sincerely very happy for her, because she’s not only good at her job, she algo loves it and living there was always her dream.

I know I’m being selfish, but I’m very sad knowing that she’s leaving and I won’t be able to see her for months. I highly value our friendship and losing it hurts.

How can I stop liking her? I know I should go out and meet other women, but in my 24 years on this planet I’ve never been interested in anyone but her, never kissed or been on a date and I’m not sure if I know how to flirt or ask someone out at this point and everytime I met someone is like ‘yeah, she’s cool, but she’s not HER’.

I know I’m just not right and good enough for her and we’ll never be more than friends, but I can’t see myself with anyone else. What can I do?

Hooked On A Feeling

You’re coming at this from the wrong angle, HOAF. In fact, part of the reason why you’re having such a hard time getting over your crush on your friend’s sister is that you’re looking at all of this — your sense of “deservedness”, her supposed perfection, your resignation to never being with her — the wrong way.

The first mistake that you’re making is that you’re treating your emotions as something that you need to shut off or otherwise put away. You can’t force yourself to not feel something for somebody. At best you can try to suppress those emotions which isn’t actually helpful. All you’ll end up doing is bottling them up and letting the pressure build until they blow up messily and all over the place.

But more to the point, it doesn’t sound like you’ve ever so much as tried to get over her. From the sound of things, all that you did was nod and smile and then continue to nurture your crush on her without ever giving anyone else a chance. And to be perfectly blunt, that’s pretty much a recipe for Oneitis. You’ve built this crush on your friend’s sister so much that she’s not really a person to you any more; she’s an ideal, a dream, an aspiration instead of someone who’s flesh and blood, with the same faults and flaws that the flesh is heir to. And to be honest? That’s not good for you and your personal development, but it’s also a little insulting to her. Putting someone on a pedestal can seem like a compliment, but ultimately you’re taking away their humanity.

So obviously the important thing is to learn to how to get over her. So what you need to do is get to the root of why you still are hanging onto this crush. The key to this is to deal with the reality of the situation: you’re not trying to get over someone so much as you’re trying to get over a concept, a fantasy. That means that you need to stop treating this like having a crush on a person; instead, you need to examine what she represents to you. That’s part of why it can be so hard to let go of her; it’s not about the person, but what that person symbolizes. Letting go of that is hard because it means letting go of whatever it is that she stands for in your life.

Part of it, I suspect, is that you latched onto her seemingly greater sophistication and maturity. She represented a bigger, more exciting world than the one you lived in, a world that had more freedoms without being circumscribed by the seemingly arbitrary rules that dictate the lives of 11 year olds. She was that perfect balance between being a grown-up but young enough that you could still relate to one degree or another. So in a very real sense, she was an entry-point to a larger world without the tedious need to wait until you’re older. And while things will have changed — you’re in your mid-20s, you’re out in the world as a grown-ass man now — I suspect that those emotional associations are still there. She may not be someone living on the border of a mysterious existence you can’t wait to explore, but she still represents that excitement and mystery and exoticness that defined her in your eyes.

The other key to this problem is here: “I know I’m not just right and good enough for her”. So it’s not just that she represents this mysterious “other”, but also the standard that you’re measuring yourself against. So part of why you cling to this is the idea that she’s the pot of gold at the end of your self-development rainbow; if you can just live the “right” life, turn yourself into the “right” guy, then you’ll finally be “worthy” of her.

But like I’m often saying: that’s not how this works. Women aren’t Mjolnir and they don’t measure whether someone is worthy or not. They’re people, same as everyone else.

The third key is simply time; you’ve been infatuated with her for so long that it’s become part of your identity. It’s the sunk cost fallacy as applied to relationships: you’ve spent so much time nursing your crush on her that you can’t really bring yourself to let it go. After all, if you did, then that would mean admitting that you spent all that time obsessing about her for nothing and nobody wants to do that.

Once you start to grasp what she represents and why you’ve hung on for so long, then you’ve got your path towards learning to let her go.

To start with: you have to learn to stop using her as your measuring stick. Part of why you say “Yeah but she’s not HER” is because you don’t want to let yourself give them a chance. It’s another way that you’re being “true” to her; you’re demonstrating your devotion by refusing to even consider the possibility of being interested in someone else. But this is just willful blindness; you know at some level that there are millions of amazing women out there, all of whom are as amazing as her, if not moreso. Your denying the possibility of being attracted to other people isn’t going to win her over; you’re never going to woo someone by showing just how much you “care”. So you need to start to stop comparing the people you meet. Rather than saying “Well, she’s not HER”, lean into it: “Of course she’s not HER, but let’s see who she is instead.” Accept who she isn’t and see who she actually is. When you aren’t seeing her as a replacement but as someone entirely different and unique, you open yourself up to the possibility that this person has qualities that you also desire.

Similarly, you need to start living your life for yourself. Instead of being someone who’s “worthy” of her, start focusing on being the person you would want to date. The things that your crush represents are qualities that you feel are lacking in your life… so start cultivating them for yourself. Start to live the life you feel like you’d live if you were with your ideal partner… but do it now, for yourself, instead of waiting for them. The more you fulfill those needs and fill in those missing pieces, the less you’ll be looking to someone else to complete you. And — as a bonus — you’ll be making your life more interesting and desirable to people who’ll want to date you.

But just as importantly, you need to forgive yourself. You need to forgive yourself for holding on for so long when you know — and let’s be real, you’ve always known — that there was no point. You need to forgive yourself for “betraying” your feelings for her by letting her go. Letting go of a dream is hard, because it feels like admitting that you didn’t have enough faith or that you didn’t try hard enough. But the problem isn’t that you weren’t doing enough, it’s that it was never real in the first place. You were striving for something that you ultimately knew was impossible, but admitting that is painful. It feels like failure. It feels like giving up. But it’s not. It’s letting go of the stone that’s been holding you back. It’s putting aside the burden you’ve been carrying that you never needed to bear in the first place. It’s not about not being good enough, it’s about recognizing that you’ve been looking in the wrong direction all this time. You’ve loved not too wisely but too well and it’s time to give yourself a break from it.

Trust me: it’s tough at first. It’s understandable to want to cling to it with both hands. But once you let go of this particular tether, you’ll be able to fly.

All will be well.

About a day after I wrote you, he asked for my number, and then to dinner all in the same day. Apparently he also didn’t know I was interested, because I tend to be very social at work, and low ball subtle options to hang out, he didn’t know if I was just being friendly or into him. We both fail at flirting.

He was going on vacation and was determined to figure things out before he left (I didn’t mention that we talked all day through work messengers for over three months) and I am so glad he did. We’ve been together ever since, tooth brushes at each other houses, and haven’t stopped talking since.

Thank you for your advice of using words more. If he hadn’t asked for my number, I would have had the hail mary talk and then left it, reading the tea leaves and all.

No Longer Reading The Tea Leaves

Congratulations, NLRTL! Glad it’s worked out for the two of you! Thanks for writing in to let us know how you’re doing!

This post was previously published on doctornerdlove.com and is republished here with permission from the author.