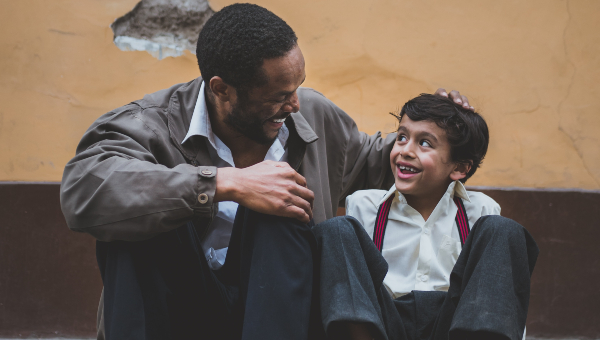 “Why does she only care about my students? Why doesn’t she care about the rest of the people living in Baltimore?” my student asked.

A week ago, I taught my students an article from a fellow Baltimore City teacher titled “A teacher’s reality in Baltimore: murdered students.” In the article, Shannon Furdak, a Baltimore City health teacher, describes the pain and agony of experiencing not only one, but seven of her students shot and killed in a given school year.

“Nothing, I repeat nothing, compares to being told one of your students has been murdered, it doesn’t matter if it was the first one or the 7th one,” Furdak wrote.

And my student understood Furdak’s frustration, but also expressed his own frustration that it seemed like Furdak only cared about her own students, and not all Baltimore City youth and students.

But I had to reiterate to him that as a teacher myself, I care more about my students than the other students I don’t teach. I hear about mass shootings in the news all the time, and hearing that news breaks my heart, but it doesn’t affect me on the same level as if something bad happened to one of my students that I interact with, it affects me much more personally than it would if I heard about it on the news.

I had to tell my students that you can only do so much.

For me, I told my students that we get a lot more hurt when tragedy strikes close to home. Terrible things happen farther away, but biologically and naturally, we care most for what’s close, not what’s far away. As cruel as it is to say, we can hear about genocide happening elsewhere, much like the Americans were aware of the Holocaust and the mass extermination of Jews, yet our President, Franklin Roosevelt, turned away Jews fleeing the Holocaust.

It’s easy to say that FDR was a bad person for being indifferent to the troubles of abroad. But we have bias in hindsight to say so, and the truth is that with many of us in the same situation, a lot of us might have done the same thing in caring more for our own than for others.

So does it make us bad people for caring more for our own?

To a degree, yes. It does make us bad people. But all of us are, to some aspects, bad people. We are not Jekyll or Hyde, black and white representations of good and evil. We are complicated and complex human beings, who by the grace of God are capable of a lot of good, but also capable of being indifferent, capable of being absolutely terrible and neglectful.

And that’s fine that we can be bad people. A fundamental fact of the human condition is that the capacity for compassion is limited. As human beings, we’re not robots: we’re flawed, and we can only do so much.

And that doesn’t mean we should just throw in the towel in resignation. But to truly raise awareness of tragedies and horrendous things happening anywhere is to make those tragedies strike home. Any time I see news that an underprivileged, inner-city youth dies, I fear for my own. I am not naive. I have talks with my kids about activities that my kids engage in outside of school that put their lives in danger. And every time I see the news and name of a kid who died too young, I hold onto my appreciation of my students much more, fearful for the day that it could be them.

In my favorite TV show, a cop gets shot, and the viewer witnesses all her partners in her unit sobbing, in tears, over the fact that they might lose one of their friends and partners. The police department puts out an all-out manhunt for the drug traffickers that shot the cop and put her in critical condition.

Does it make those cops bad people for caring more for their own than for other people? To some degree, yes. But it’s a natural response.

Of course, that’s much easier said than done. It’s hard to see people as our own if we don’t interact with them every day, if we don’t actually have any connection with them.

I don’t have an answer. If I did, I would have followed that solution a long time ago. But the wisdom that I’ve gained over my 22 years of life is that we displace the things that went on at home. I feel deeply any time someone has a mental health problem, and see people in my family, because that’s something I went through. I have an aversive, yet heartbroken response every time I see someone smoking a cigarette, because I witnessed and experienced the destruction nicotine and cigarettes caused in my family.

So maybe we need to relate the distant things we see and hear to our own experiences. I don’t know. Words that stick with me and keep my faith strong, when it’s growing weak, are that “God’s gift of unconditional love comes in human form.” So I see God’s love in the people I encounter on a daily basis, the ones that love me when I fail to love myself, the ones that challenge and try me to mold me into a better person.

So yes, we are, to some degree, bad people for caring more for our own. But we need to move past that, and start recognizing how people who are outside our ingroups and circles are our own.