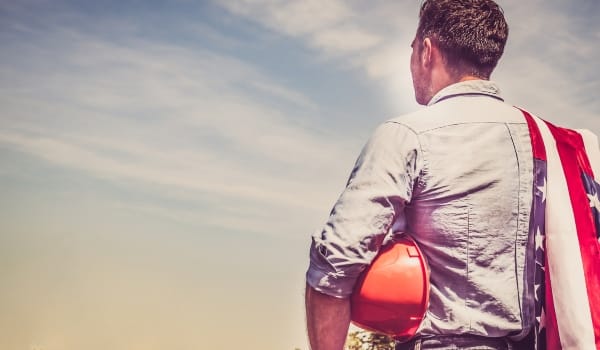 This Labor Day, as union membership falls to a mere seven percent of private sector workers and bargaining and political clout shrink to match, two roads diverge for American labor. One is to attempt to find a niche within an economic-political system that is ever more shaped by short-term greed and is therefore ever more unsustainable economically, socially, and environmentally. The other is to align with the long-term interest of workers in transforming that system to provide for a sustainable future for the planet and its people. Organized labor will have a better future if it chooses the second road.

Labor has always had two hearts beating within a single breast ““ one representing a particular group of workers, the other responding to the wider needs of working people as a whole. But now unions can only protect their members by championing the interests of all working people.

The Tea Party is intent on wiping out collective bargaining in the public sector. Corporations are wiping out what is left of it in the private sector. Faced with these assaults, labor will inevitably be tempted to hunker down and defend the immediate interests of its remaining members. But that will just accelerate its decline.

The Wisconsin demonstrations and sit-ins supporting labor rights show that labor can win broad public support when it is perceived as fighting for broad public interests, rather than the “special interests” of one union or group of workers.

The broad public interest that ordinary Americans truly seek is sustainability. Even those who are misled into believing that government budget deficits are the greatest threat to our future are motivated by a concern to put that future on a sustainable basis.

To have a future itself, organized labor needs to reorient itself around the objective of providing a sustainable future for all working people and the world we inhabit. That means putting millions of people to work creating a sustainable economy, society, and environment.

Nothing is more threatening to our long-term sustainability than climate change. It is affecting American workers here and now through forest fires, dust storms, rising sea levels, and extreme weather events like floods, droughts, tornados, blizzards and hurricanes. So far this year there have been an unprecedented eight weather-related disasters that have each done more than a billion dollars worth of damage to states from Texas to Maine.

The Great Recession represented the deepest economic crisis since the Great Depression. Even during the so-called recovery, American workers continued to face unemployment rates unprecedented since the Great Depression. Now as that recovery falters, the private sector appears to have little to offer besides more unemployment, more insecurity, more wage cuts, and more misery.

It will take the labor of millions of people to reconstruct our economy on a climate safe basis. The solution for labor, as for America and indeed for the world, lies in a Green New Deal to mobilize our unused human resources to meet our increasingly desperate needs.

Many cities and states are already putting people to work cutting the greenhouse gas emissions. They are creating “climate jobs” that save energy and tap renewable energy sources.

On a level political playing field, taking that approach national in a Green New Deal would win overwhelming support from the American people. Unfortunately, the domination of election finance and media by corporations and the ideological and religious right block the way.

The movement that spread from Tunisia to Egypt and now from Madrid to Jerusalem to India sought both democratization and a different future for working people and youth. Labor has been a crucial part of that movement, and the broad alliance for democratization has in turn opened new possibilities for labor.

This post was previously published on labor4sustainability.org and is republished here with permission from the author.