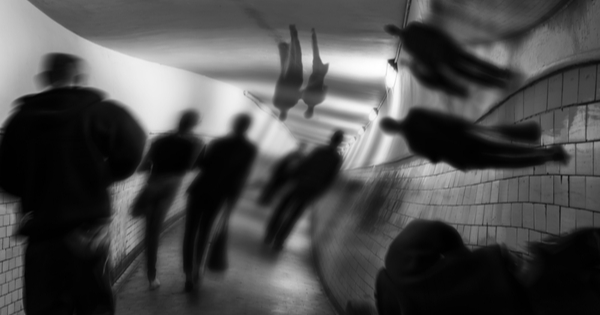 In this episode, Al interviews Raymond Baxter, mental health activist, cryptocurrency enthusiast, and found of The Relationship Blogger (recorded 2-25-20). Raymond grew up with extreme anxiety and a susceptibility to depression. He recalls his first panic attack at the age of eight years old. At the age of thirteen, he lost a father-figure to a fast-moving stomach cancer. This threw Raymond into a spiral of poor behavior and bad choices. He started drinking and taking drugs. He was kicked off the prestigious Scottish National Golf Team and simply quit attending school.

His mother finally sent him from Scotland to England to live with his father. At age nineteen, Raymond began to work for his father, but that job only lasted a few months. Because of his high level of anxiety and depression, Raymond continued to drink heavily. After a five-day bender, Raymond experienced delirium tremens, shakes, hallucinations, and extreme paranoia.

After getting locked in a stranger’s house that Raymond was trying to run through, as he believed he was being chased by people with guns, the police were called and brought Raymond to the psychiatric hospital for his first in-patient hospitalization. Hear this story, in addition to more delusional episodes that land him in the hospital two more times, with one voluntary stay that Raymond had anticipated would be three days, but lasted six months!

Previously Published on The Depression Files