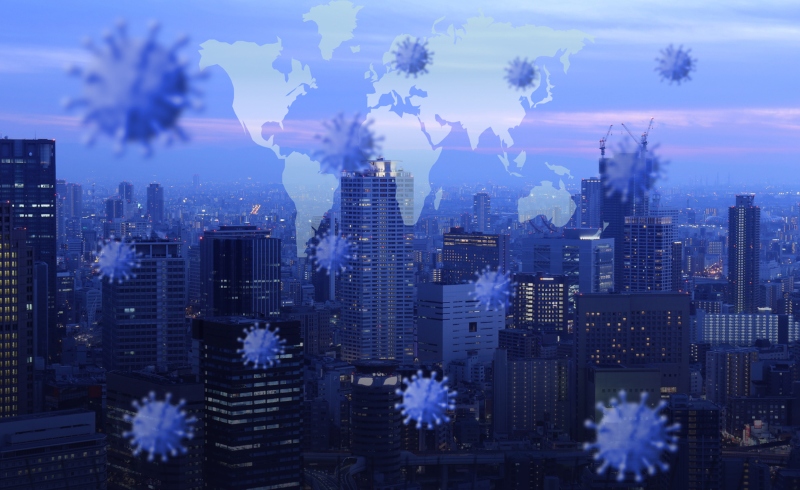 The COVID-19 pandemic, one of the world’s most significant events, has resulted in cessation of economic activities that will lead to a significant decline in GDP, an unprecedented social disruption, and the loss of millions of jobs. According to estimates by the African Development Bank, the contraction of the region’s economies will cost Sub-Saharan Africa between $35 billion and $100 billion due to an output decline and a steep fall in commodity prices, especially the crash of oil prices.

More fundamentally, the pandemic has brutally exposed the hollowness of African economies on two fronts: the fragility and weakness of Africa’s health and pharmaceutical sectors and the lack of industrial capabilities. The two are complementary.

This is because Africa is almost 100 percent dependent on imports for the supply of medicines.

According to a recent McKinsey (2019) study, China and India supply 70 percent of Sub-Saharan Africa’s demand for medicine, worth $14 billion. China’s and India’s markets are worth $120 billion and $33 billion respectively. Consider a hypothetic situation where both India and China are unable or unwilling to supply the African market? Africa surely faces a health hazard.

The root of Africa’s underdeveloped industrial and health sectors can be encapsulated in three ways. First, some African policy makers simply think that poor countries do not need to industrialize. This group believes the “no-industrial policy” advocates who engage in rhetoric that does not fit the facts. The histories of both Western societies, and contemporary lessons from East Asia, run contrary to that stance.

Clearly, governments have an important role to play in the nature and direction of industrialization. Progressive governments throughout history understand that the faster the rate of growth in manufacturing, the faster the growth of Gross Domestic Product (GDP).

From the Economist magazine five years ago: “BY MAKING things and selling them to foreigners, China has transformed itself—and the world economy with it. In 1990 it produced less than 3% of global manufacturing output by value; its share now is nearly a quarter. China produces about 80% of the world’s air-conditioners, 70% of its mobile phones and 60% of its shoes. Today, China is the world’s leader in manufacturing and produces almost half of the world’s steel.” The keyword is “making”.

Two, rich countries therefore became rich by manufacturing and exporting to others, including high-quality goods and services. Poor African countries remain poor because they continue to produce raw materials for rich countries. For example, 70% of global trade in agriculture is in semi-processed and processed products. Africa is largely absent in this market while the region remains an exporter of raw materials to Asia and the West.

Lastly, African countries are repeatedly told that they cannot compete based on scale economy, and as well, price and quality competitiveness because China will outcompete them. For this reason, they should jettison the idea of local production of drugs, food and the most basic things.

The question is: How did Vietnam, with a population of 95 million, emerge from a brutal 20-year war and lift more than 45 million people out of poverty between 2002 and 2018 and develop a manufacturing base that spans textiles, agriculture, furniture, plastics, paper, tourism and telecommunications? It has emerged as a manufacturing powerhouse, becoming the world’s third-largest exporter of textiles and garments (after China and Bangladesh).

How is it that Bangladesh, a country far poorer than many African countries, is able to manufacture 97% of all its drugs demand, yet it is next door to India, a powerhouse of drug manufacturing?

The COVID-19 pandemic has exposed Africa. African leaders need to look in the mirror and ask where this continent will be in 2030 and 2063. Africa must adopt progressive industrial policies that create inclusive, prosperous and sustainable societies.

What then should be done? A three-pronged approached is urgently needed.

First, Africa needs a strong regional coordination mechanism to consolidate small uncompetitive firms operating in small atomistic market structures. With a consumer base of 1.3 billion and $3.3 trillion market under the African Continental Free Trade Area (AfCFTA), the continent has no choice but to bring together its fragmented markets.

Second, Africa needs to build better institutions, strengthen weak ones and introduce the ones missing. No better wake-up call is required than the present pandemic.

Third, one important institution that has been abruptly disrupted is the supply chain for medicines and food, for example. Logistics for transporting capital and consumer goods across the region need predictable structures. Building or strengthening supply chains involve fostering and providing regulations for long-term agreements and competences that leverage both private and public institutional challenges such as customs regulations.

Finally, development finance institutions (DFIs) such as the African Development Bank are mandated to, and are currently, trying to fill the gaps left by private financial institutions. There is an opportunity to Africa to rethink and reengineer its future. The Africa of tomorrow must look inwards for its solutions. – whether in feeding its own people, build industrial powerhouses led by African champions.

The African Development Bank stands ready to help target and push for deeper economic transformation. Africa needs to execute structurally transformative projects that generate positive externalities and social returns. Keep our eyes on the days after.

Professor Banji Oyelaran-Oyeyinka, is the Senior Special Adviser on Industrialization to the President of the African Development Bank. He is a fellow of the Nigerian Academy of Engineering and Professorial Fellow, United Nations University. His recent book is “Resurgent Africa: Structural Transformation and Sustainable Development”, UK: Anthem Press, 2020.