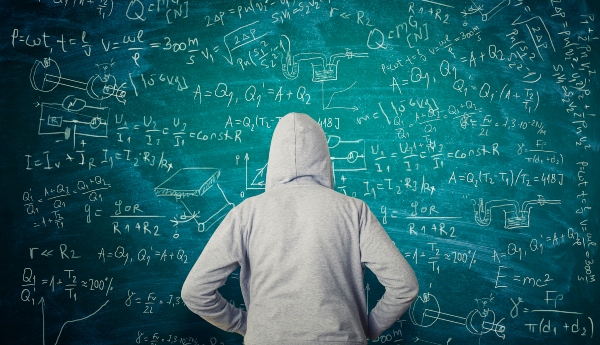 Science is everywhere. From your sofa to your car, pretty much any product you can think of would not exist without the work of science, and chemistry in particular. This fact is often under-appreciated by the public, but for Dr Donna Nelson of the American Chemical Society, she has made it her mission to change this. Following her work as the science advisor to Breaking Bad, she now hopes to continue her Hollywood adventure in the hope of changing the public perception and appreciation of science. We at Research Outreach recently spoke to her about this and much more.

Breaking Bad is regarded by many as one of the best American TV drama series ever. The numerous awards it has picked up over the years are testament to this. For those who have not seen it, the show centres on a school chemistry teacher who turns to drug manufacture in order to fund his own cancer treatment.

The science underpinning each episode, especially related to the process behind the production of crystal meth, is fundamental to the show’s success. And it is here that Dr Donna Nelson’s work as the show’s scientific advisor has proved pivotal.

Away from her Hollywood duties, Dr Nelson is also the Immediate Past President of the American Chemical Society. She recently sat down with us at Research Outreach to discuss her role further, outlining why changing the public perception and appreciation of science is so important.

Hello Donna! What does your role as Immediate Past President of the American Chemical Society (ACS) involve?

There are three of us in presidential succession simultaneously, and part of our collective role is to represent the ACS to the public. It is a voluntary position, so the members very much want to hear from us, because we represent them. Within that, each president gets to choose their own projects, related to something they are particularly interested in, or knowledgeable about. For me, I am very interested in communicating science to the public, which is also one of the reasons why I became the science adviser to Breaking Bad.

What impact do you think Breaking Bad has had on the public, with regards to chemistry?

I think it has moved everybody’s knowledge of chemistry forward. I have given hundreds of talks about the show, and at the end there is a Q&A period. Each time there are people in the audience who know more about Breaking Bad than I do, because they became so enthralled with it. One of the things that really amazed me about it was the number of students who would tell me they had become much more interested in science because of it. Some even phoned me up wanting quotations for their own science blogs, which of course I am always happy to provide. It is amazing how many times young people have said that Breaking Bad is what inspired them to start these blogs in the first place, so I am absolutely positive that it has influenced a great number of young people.

I think a lot of people may not have known about the Drug Enforcement Agency (DEA) beforehand either. For instance, the show had assistance from the DEA on what the equipment in illicit meth labs should look like. They also advised which steps to omit from being shown on TV – they did not want it to be a cookbook for making illicit drugs.

“I do not think that people realise how much science, especially chemistry, impacts their lives”

Why is it important to you to improve the presentation of science to the public, and ensure its accuracy on TV?

The main reason is to influence the public to appreciate science. I found that it was Hollywood, the television and the movies, that had a real impact on the public’s perception of science. People watch TV series every week from their own living rooms, so I decided it was Hollywood that we needed to reach out to – but at the time it seemed impossible. That was until I read an article written about the show’s creator, Vince Gilligan, in Chemical and Engineering News – the American Chemical Society’s weekly magazine. He was saying that neither he, nor any of his writers, had any formal science background or education. They were having to research their science content through the web. It was really important to Vince to get the science right, and it was proving to be really difficult. I read that and decided to volunteer my expertise.

Breaking Bad was good because it helped to get science out there, but we still have a long way to go. It definitely benefitted me though, because it gave me a peek into how Hollywood operates.

What was your input to the show?

I gave input when they contacted me saying they were putting something into the script involving science. They would send me pages out of the script, asking me to draw chemical structures that they would put on the blackboard, or help them with the pronunciation of certain words or dialogue. I made set visits and was able to actually meet the actors and answer their questions about how scientists talk to each other, how they talk to their students, and what type of person becomes a scientist.

Can you tell us more about the ACS’s background and what the aims of the society are?

The ACS has a four-part strategic plan. The first part relates to its publication unit, which provides the very best chemistry-related information and knowledge-based solutions. A good example of this is the Chemical Abstracts Service (CAS), which assigns CAS numbers to chemical substances. The service is a division of the ACS, and was developed to overcome the limitations of other chemical naming systems.

The second part is about helping members advance their careers. I am particularly happy with the way that the ACS gives under-represented groups opportunities that one might not be able to get in academia or in the industry where they work, enabling them to get training and learn about leadership.

The third part relates to education. ACS have their own self-certified degree, which students only receive if they take certain courses and fulfil certain requirements.

The fourth goal is to communicate chemistry’s value to the public and to policy makers, including members of Congress. This is very important to me, because when I speak to people I will often say that I do not think the public appreciates scientists or science enough. Most science organisations and the government have done a pretty good job now of increasing the education aspect of science – there is a lot of science built into TV shows and even in our schools, etc. – but I do not think there is necessarily an appreciation for science. The general public are certainly becoming more science literate, and the students that come into my class now are so much smarter than they were 20 years ago, but I do not think that people realise how much science, especially chemistry, impacts their lives. You cannot name anything that does not contain chemicals, except a vacuum. Every single thing – car parts, furniture, carpeting, clothing – contains chemicals and people do not really fully appreciate that. That is why we have that as one of the ACS’ goals – to make the public not just understand science, but genuinely appreciate it.

“I am very interested in communicating science to the public, which is also one of the reasons why I became the science adviser to Breaking Bad”

What impact do you think the ACS has had on advancing the broader chemistry enterprise since it was first established 140 years ago, and are there any accomplishments you are particularly proud of?

I think the ACS has had a huge impact on every single scientific development, but particularly in two broad categories – the Chemical Abstracts Service and SciFinder. SciFinder, also produced by CAS, is a comprehensive database of chemical literature and is a core research tool. A lot of chemists do not understand what has gone into that, but it has been an immense effort.

What developmental goals have you chosen for the ACS while you serve as the society’s primary spokesperson and representative?

When I ran, I told the membership that I would try to accomplish whatever goals they wanted. I also sent emails out to every single member asking them what concerns they had. There were two main ones. One was about jobs and the other was about the public perception of science – which is my area of interest. To combat these, at the next ACS National Meeting we are going to have a symposium on how chemistry and science are presented in Hollywood, on TV and in the movies. For the jobs issue, we created a task force of people to look into it. I am currently in the process of writing up the results.

Under the National Historic Chemical Landmarks program, the ACS grants landmark status to seminal achievements in the history of the chemical sciences and provides a record of their contributions to chemistry and society in the US. For you, which landmark has had the greatest impact?

I really enjoyed visiting the birthplace of the American Chemical Society in Pennsylvania. It all began in a house that once belonged to Joseph Priestley, who discovered oxygen in 1774. It is still there and it has been converted into a museum. Amazingly, his lab is still there as well. On the hundredth anniversary of the discovery of oxygen, a lot of chemists met at his house and it was through a discussion at that anniversary celebration that they decided they needed a chemical society for the US. So, that is where the ACS was actually born – at that meeting and at that house.

From a more personal perspective, your research into organic chemistry and long-term commitment to chemical research has seen you win numerous awards over the years. What does winning these awards mean to you?

It means a great deal. One of the awards which I won early on was a Guggenheim Award, which is very prestigious. I am very proud of that and I think that these things help you in your career. I remember when I was nominated for ACS Fellow I kept telling myself it was okay if I did not win, because I did not want to be disappointed. But then when I was elected to ACS Fellow, it meant everything. I think awards generally are very important – they certainly help one’s career, as they give you credibility in your work.
—

Previously published on researchoutreach.org under a Creative Commons License.