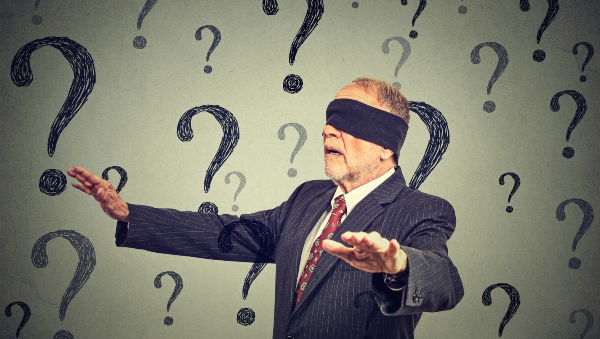 Ignorance is one of the causes of unintended consequences listed by Robert Merton in “The Unanticipated Consequences of Purposive Social Action” (the others being error, short-term vs long-term interests, basic values, and the self-defeating prophecy).

Let’s look at what ignorance is, why we have it, and how it impacts us in unexpected ways.

Ignorance is defined quite loosely as lacking knowledge or comprehension. This definition also explains why this item on Merton’s list above is different from the others. How are we to avoid some degree of ignorance? There is always some part of ignorance in any piece of knowledge.

Instead, we can think of ignorance as having several forms, including ignorance by unawareness, ignorance from lack of usefulness, ability ignorance, social ignorance.

The volume of what can be known exceeds any individual’s capacity. The volume of potential knowledge is even beyond the bounds of the entirety of humankind’s comprehension. So all of us have ignorance, just in different ways. Naturally, unintended consequences follow. Previous posts (such as Food From Thought and Don’t Touch Anything) have had ignorance at the core whether stated or not.

“The evil that is in the world always comes of ignorance, and good intentions may do as much harm as malevolence, if they lack understanding. On the whole, men are more good than bad; that, however, isn’t the real point. But they are more or less ignorant, and it is this that we call vice or virtue; the most incorrigible vice being that of an ignorance that fancies it knows everything and therefore claims for itself the right to kill. The soul of the murderer is blind; and there can be no true goodness nor true love without the utmost clear-sightedness.” — Albert Camus, The Plague

Many forms of ignorance include the failure to recognize something that you experience. Here are some examples.

There’s a scene in Michael Lewis’ book The New New Thing that chronicles a tear in a sail on Netscape investor Jim Clark’s mega yacht, the Hyperion. That ripped sail, way up on the 194-foot mast, stops the trip.

The Hyperion had at the time, the most advanced electronic monitoring and control systems. Yet, it took a crew member, a rare sailor among those on board, to notice a strange whipping sound, climb up the mast, and verify that that the giant sail was ripping in the wind. While everyone on board was exposed to the same sound, few noticed that it was unusual. Fewer knew how to investigate and determine that the problem existed.

There are limited options to gain the knowledge of sailing and the opportunity to be on a damaged mega yacht in order to use this knowledge. Most of us can remain ignorant of that knowledge and have no impact on our lives — simply because we are never in that environment. This type of ignorance surrounds us everywhere.

A bit more common is the experience of hearing animal calls.

Talk to the animals

For most of us, while we may hear animal calls walking down a tree-lined street or on a walk in the woods, they don’t matter since we safely ignore most animals today. Even when walking in more natural environments, these calls usually don’t matter.

But in Hunting with the Bow and Arrow, by Saxton Pope, we learn about “Ishi,” the last member of the Yahi tribe, who was captured in northern California in 1911. After forced introduction into American society, Ishi found employment at Berkeley, both as a janitor, a research subject, and a TA. While there he taught bow and arrow making to a professor (the author Pope) in the medical school.

“We all know of duck and turkey calls, but when he told me that he lured rabbits, tree squirrels, wildcats, coyote, and bear to him, I thought he was romancing… [C]rouching behind a suitable bush as a blind… he produced a plaintive squeak similar to that given by a rabbit caught by a hawk or in mortal distress… until suddenly one or two or sometimes three rabbits appeared…. Then he would shoot.”

“Often have we stopped and rested because, so he said, a bluejay called far and wide, ‘Here comes a man!’ There was no use going farther, the animals all knew of our presence.”

This above knowledge of animal calls took many generations to acquire. But once lost, the new immigrant population in the US suffered minimal impact. Even now, with every year, as the population becomes more and more urban, this animal call knowledge is of use to fewer and fewer people. While some do of course still hunt with bow and arrow, only rarely is this hunting for subsistence. Other techniques, such as camouflage and more effective weapons, make up for part of the knowledge lost.

Ishi, lacking immunity to diseases common in the US, became sick often and eventually died from tuberculosis in 1916. (See the post on disease transmission for background on why.)

The acquisition of foreign languages is something that is either expected or not, depending on where and when you live. In large countries where the main language is also an international language or where there is little mobility (either desire or need) there may be little interest or value placed on foreign language acquisition.

Here, an argument for ignorance is growing.

One argument is for ignorance on behalf of the effort not being worth the payoff. In some locations, if you speak an international language of business, you may be able to avoid learning the local language altogether. I hear this argument often, in places like Hong Kong and Singapore. But those who make the argument are unaware of how their lives will change and become richer when they can speak the local languages. (A similar argument could also be made for animal calls.)

Another argument against learning another language is that translation tools are becoming good enough to not warrant it. This argument is like the one for not learning to do mental math. It’s true that your phone can do the calculations faster (or it can at least do the calculations with more decimal places to greater accuracy). But you will lose the ability to look around you, perform a rough mental calculation, and use that new knowledge to change your perspective. The loss of this ability is something that hampers my current students. They have no way out (well, other than learning to do mental math).

The same is true for learning foreign languages. Pulling out your phone for a good enough translation is better than not doing anything, but also not as good as being able to learn and speak the language itself.

Sharing a common history gives groups tacit understandings that are hard to notice, collect, and teach. In this category I offer an obscure Looney Tunes cartoon. Two cats are hunting Tweety Bird (real name Tweety Pie). We hear the following dialogue, which to an ignorant listener makes no sense (video clip here):

Cat 2: If that Ames office would only let me, I’d give him the bird all right!

But having the background knowledge, you realize that the two cats are actually the comic duo Abbott and Costello, the cats will never actually get the bird (the repeated chase and escape in every cartoon), that the Ames office regulated obscenity on TV, and that giving someone the bird is slang for the middle finger. Independently, it could take years of purposeful study to piece together these rare points of knowledge.

Ignorance is bliss but knowledge is funny.

Combating ignorance doesn’t require us to take a stance that Merton didn’t like. That is:

“‘[I]f we had only known enough, we could have anticipated the consequences which, as it happens, were unforeseen.’ The apparent fallacy in this post mortem argument rests in the word ‘enough’ which is implicitly taken to mean ‘enough knowledge to foresee’ the consequences of our action. It is then no difficult matter to uphold the contention which then reads in effect: ‘if we had known, we would have known.’”

“We have here the paradox that whereas past experience is the sole guide to our expectations on the assumption that certain past, present and future acts are sufficiently alike to be grouped in the same category, these experiences are in fact different… As Poincare has put it, “… small differences in the initial conditions produce very great ones in the final phenomena….”

So here we often imagine that we can predict the future because of the replicability of past experience. But the past doesn’t repeat, as the saying goes, though maybe it rhymes. This search (or demand) for replicability is a habit that we see everywhere, even when the purpose is supposedly for other reasons. From five year financial projections (“we want to see how you think”) to five-year government plans (“we can predict how human behavior will change”).

What are unintended consequences from ignorance?