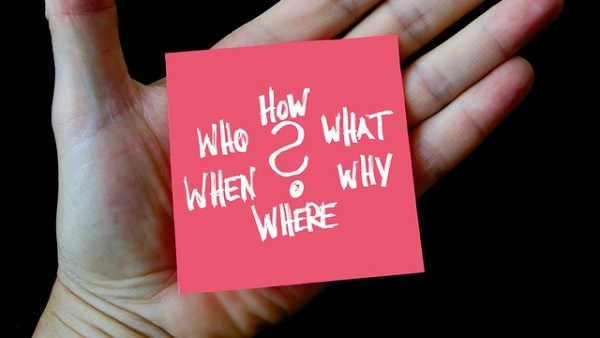 Please forgive my presumptuousness when I assume you look at legal issues from the conservative side of the Bar. I suppose I should explain that assumption, since it could really upset anyone wrongly caught up in it.

I recognize there has been a major brain drain from the GOP since Donald Trump’s coup, and most of the brain trust that distanced themselves from the Party of Trump self-identified as conservative.

Some opposed budget deficits. Some could not countenance Mr. Trump’s obsequiousness toward Vladimir Putin at Helsinki — that had to be humiliating for older Republicans who came up in a GOP that led the charge against the Soviet Union, formerly Russia’s alter ego.

Most of the well-known Republicans who have bailed still call themselves conservative, e.g. Joe Scarborough, Max Boot, Erick Erickson, David Frum, George Will. All of these people have high profile conservative credentials and there are many more like them.

I am thinking those who have stayed in the GOP fold must still be on the political right or they would not put up with what Trump has been doing to the federal courts. Trump’s requirement for conservative bona fides has overwhelmed education and experience for these lifetime appointments.

In summary, I am forced to admit it’s possible that there may be one or two lawyers still supporting Mr. Trump’s impeachment defenses who do not identify as conservatives. I do not know who they are, but I apologize in advance if they are offended.

The U.S. Supreme Court decided a criminal case that left conservatives outraged, arguing that the Court had gone beyond its authority and usurped the rightful powers of the states. The case became, for some, a litmus test for federal court appointments. Over the years, the SCOTUS chipped away at the case but the fundamental holding still stands.

Cleveland police officers were looking for an individual who was a person of interest in the bombing of Don King’s house, the same Don King who would later become a famous boxing promoter but was at the time involved in more prosaic rackets.

Police had a tip that their suspect was hiding in Dollree Mapp’s house and, incidentally, Mapp was also in possession of documents related to the numbers racket.

Three policemen knocked on Dollree Mapp’s door. She left them cooling their heels while she called her lawyer. When she came back to the door, she said they should show her a warrant or go away. Two of the three went away.

The police returned in force some hours later and knocked on her door again. When she did not respond, they applied the police master key to her door. When she appeared to assess the damage to the door, they showed her a piece of paper they claimed was a search warrant.

She snatched the paper and stuffed it down the front of her dress, apparently thinking the male police officers would not put their hands inside her bra. She was wrong.

When the piece of paper disappeared from Dollree Mapp’s bra, it also disappeared from the record of the case. The search of the home that followed the search of her bra did not turn up the bombing suspect, but he was found later in an attached apartment. They also found the numbers documents, but apparently the real jackpot was when they found some pictures of naked people in sexual situations.

The Supreme Court, presented with an appeal from Dollree Mapp’s conviction for possession of pornography, reversed and unleashed graphic sex on the people of Ohio, because the dirty pictures were discovered in a warrantless search where no exception to the warrant requirement appeared.

This exclusionary rule was for the first time applied through the 14th amendment to state courts. The conservative argument was that the SCOTUS was covering up probative evidence for very little return. After all, Dollree Mapp really was in possession of dirty pictures. The argument was summed up to the public:

The criminal goes free because the constable blundered.

In 1966, the SCOTUS compounded what the conservatives considered the Mapp error in Miranda v. Arizona. Since that case, the results of police interrogation are inadmissible unless the police told the defendant he had the right to remain silent. The prediction that there would be no more confessions did not pan out, but Miranda still stood for another expansion of the exclusionary rule.

Over 50 years later, state law enforcement officers still struggle along not being able to use evidence acquired unlawfully. Crime rates are at historic lows, but the argument continues that police are forced to disregard facts everyone knows because of mistakes made on the way to discovering those facts.

Impeachment is not a criminal proceeding, but Mr. Trump’s defenders have so far been limited to attacks on the process because they have been unable to attack the facts. I understand we are living in the time of post-truth politics, but don’t we need to have reliable facts undergirding the debate over whether a POTUS should be impeached and, if so, should he be removed from office?

I have to ask my conservative colleagues if, after all this time, they have decided to accept the exclusionary rule? If so, is that their general position or have they decided that facts matter less in an impeachment than in a criminal prosecution?

Mr. Trump’s defenders still want to examine, as they style it, “the genesis of Robert Mueller’s investigation.” What difference does it make? Without applying some exclusionary rule to an impeachment, it does not matter if Mueller’s hiring was decided by a coin toss or by a chorus of angels acting on Divine inspiration. It only matters whether Mr. Mueller’s conclusions are correct.

Mr. Trump’s defenders are still exercised about the use — or not — of a series of memos written by retired MI6 agent Christopher Steele they call the “Steele Dossier.” Most of the allegations in Steele’s memoranda have been shown by other evidence to be correct, although the most salacious claim — the golden showers by Russian hookers in the Moscow hotel — has not been investigated.

Unless there is some exclusionary rule in an impeachment, what is the point of attacking the Steele Dossier or Steele himself? Even if you do attack, the “dossier” description is incorrect because nobody ever paid Steele to produce a narrative reflecting his opinion; he merely passed on the untreated sludge from his Russian sources.

Of course, the information Steele got from his Russian sources is all hearsay. Hearsay is admissible to determine probable cause to issue a warrant, providing there are stated reasons to believe the hearsay.

The only warrant where the Steele memos might have had a role was sought from the Foreign Intelligence Surveillance Court. Trump’s defenders complained that the FISA court was not told about the Steele memos coming from paid oppo research. It seemed a safe criticism because, to my knowledge, a FISA application had never been made public. It has now, in a redacted form, and the fact is that the FISA court was told about how Steele was working and for whom.

On October 23, Mr. Trump fired off a tweet that would make the whistleblower grateful for anonymity because of what it shows about the president’s state of mind:

The Never Trumper Republicans, though on respirators with not many left, are in certain ways worse and more dangerous for our Country than the Do Nothing Democrats. Watch out for them, they are human scum!

Why does the identity of the whistleblower matter at all without some sort of exclusionary rule? I recognize that it’s easier to trash a known person than to trash an unknown person, but could somebody explain how trashing a whistleblower helps the search for truth?

All right, I admit that last question was rhetorical, but the question that is the major point in this article still goes out to conservative lawyers defending Mr. Trump:

Have you finally changed your mind about the exclusionary rule?

If so, discussions about criminal procedure will be very different after the Trump affair is over. If not, I’m confused. Very confused