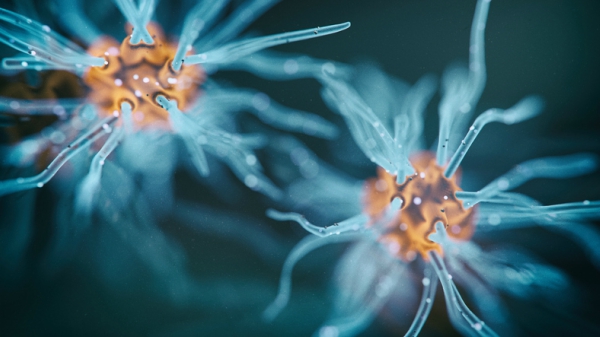 In the play Comus, written by John Milton in 1634, a young noblewoman is abducted by a sorcerer named Comus and bounded to an enchanted chair. Despite being restrained against her will, the woman repeatedly refuses Comus’ advances and claims “Thou canst not touch the freedom of my mind”, confident of her capacity to protect her mental freedom from any external manipulation. This idea of the human mind as the ultimate domain of absolute protection from external intrusion has been increasingly outdated by advances in neuroscience and neurotechnology.

The idea of the human mind as the ultimate domain of absolute protection from external intrusion has been increasingly outdated by advances in neuroscience and neurotechnology.

Cutting-edge neuro devices such as neuroimaging technologies, neurostimulators and brain-computer interfaces enable us to record, monitor, decode and modulate the neural correlates of mental processes with an increasing degree of accuracy and resolution. While these advances have a huge potential for clinical and research applications, they pose a fundamental ethical legal and social challenge: determining whether, or under what conditions, it is legitimate to gain access to or to interfere with another person’s neural activity.

This question is particularly relevant in the context of non-clinical applications of neurotechnology. For example, in 2008, a woman in India was convicted of murder on the basis of brain-based lie detection. The judge explicitly cited a brain scan as proof that the woman held ”experiential knowledge” about the crime that only the killer could possess, and sentenced her to life imprisonment.

Attempts to access correlates of mental information are also made in the context of neuromarketing, where neuroimaging techniques are routinely applied to study, analyze and predict consumer behavior and personal preferences. Today, several multinational companies including Google and Disney use neuromarketing research services to measure consumer preferences and impressions on their advertisements or products. Moreover, the proliferation of low-cost, portable and non-invasive neuro devices for various purposes is increasingly incentivizing individuals to share their brain data similar to what has been observed among users of other technological gadgets such as wearable activity trackers. According to a recent review, there are over 8’000 active neurotech patents, representing a cumulative value of $2 billion USD.

Several multinational companies use neuromarketing research services to measure consumer preferences and impressions on their advertisements or products. There are over 8’000 active neurotech patents, representing a cumulative value of $2 billion USD (Pic from Pixabay, CC0 public domain)
While neurotechnology becomes more pervasive, the data decoded by neuro devices are exposed to the same risks and levels of insecurity of other sectors of the digital ecosystem, cybercrime included. For example, computer scientists have demonstrated the feasibility of using neuro devices to extract private information from the users’ brain activity –including their bank information and home address– without their awareness. Finally, national defense and security agencies from various countries are developing military neurotechnologies that may selectively modify mental contents in combatants, enhance their cognitive and physical performance, or enable new opportunities for direct brain control of military vehicles or weapons.

The right to cognitive liberty protects the right of individuals to make free and competent decisions regarding their use of neurotechnology. In its negative connotation, it guarantees the protection of individuals from the coercive and unconsented use of such technologies. We believe this negative component is particularly important to prevent future scenarios in which the State, large corporations or malevolent actors could forcibly manipulate the mental states of individual citizens.

The right to mental privacy aims to protect individuals against the unconsented intrusion by third parties into their brain data as well as against the unauthorized collection of those data. This right allows people to determine for themselves when, how, and to what extent their neural information can be accessed by others.

We argue that breaches of privacy at the neural level are more dangerous than conventional ones because they may bypass the level of conscious reasoning and affect the inherent components of a person’s identity. In the near future, with the growing availability of publicly shared brain data repositories and parallel advancements in the discovery of neural correlates of anti-social behavior, the creation of Pre-Crime police departments as in Philip Dick’s novels and Steven Spielberg’s movie Minority Report is a real risk ─especially in countries with established records of civil liberty violation for national security purposes.

The right to mental integrity, which is already recognized by international law (Article 3 of the EU’s Charter of Fundamental Rights) with regard to the promotion of mental health, should be broadened to protect also against illicit and harmful manipulations of people’s mental activity enabled by neurotechnologies. New forms of neurotechnology-enabled threats to mental integrity may include unwanted neurostimulation, malicious neuro hacking and potentially harmful memory manipulation. This right is particularly relevant in the context of national security, where potentially harmful interventions into a person’s neurocomputation might be justified in light of greater strategic goals.

The right to preserve continuity in personal identity and mental life

The right to psychological continuity intends to preserve people’s personal identity and the continuity of their mental life from unconsented external alteration by third parties, purposively designed to bypass a person’s rational defenses and alter their preferences or behavior.

Finally, the right to psychological continuity intends to preserve people’s personal identity and the continuity of their mental life from unconsented external alteration by third parties. Unlike the right to mental integrity, this right applies also to unconsented personality-changing interventions that do not involve direct physical or psychological harm to the victim. Besides illicit interventions, the right to psychological continuity is particularly relevant also in relation to invasive marketing strategies such as those in which advertising is purposively designed to bypass a person’s rational defenses and alter their preferences or behavior.

In sum, we argue that protecting the mental dimension of individuals from new forms of exploitation is a major societal challenge that needs to be addressed at various levels, including at the level of fundamental rights. We suggest that coordinate amendments to the human right framework are required to maximize the benefits of neurotechnology for society at large while protecting fundamental rights and liberties.

The authors would like to acknowledge the support of the Institute for Biomedical Ethics at the University of Basel in this study.

Previously published on Springeropen.com and is republished here under a Creative Commons license.