On a corner of the perimeter wall of heathfield school in ascot sits a memorial to the only son of its former bursar, flying officer henry beaucourt skyrme of the royal air force, who went missing on the night of 16 january 1941. 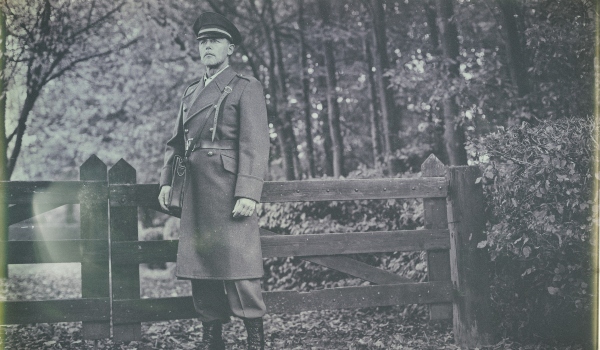 —
On a corner of the perimeter wall of Heathfield School in Ascot sits a memorial to the only son of its former bursar, Flying Officer Henry Beaucourt Skyrme of the Royal Air Force, who went missing on the night of 16 January 1941. Such commemorations of sacrifice during times of war provide a first step in the journey of discovery. The sources used to find out more about Flying Officer Skyrme may be of use in tracing other ‘Untold Lives’.

Skyrme was first posted missing in The Times on 7 February 1941. A copy of his RAF service record was obtained with the permission of his next-of-kin. Henry “Harry” Beaucourt Skyrme was born on 8 October 1917 in Bexhill-on-Sea, the only child of Major Theophilus Garfield Skyrme. His middle name refers to Beaucourt-sur-l’Ancre on the Somme, where his father was wounded during the First World War, subsequently losing his leg.

Harry attended Radley College Abingdon 1931-35. The British Library holds issues of school newspapers and The Radleian [Pressmark: P.P.6118.l.] contains a short obituary of Harry, which describes him as a loyal Radleian although not known for eminence. Skyrme’s service record lists his interests as ‘rugger and rowing’ and The Radleian mentions him crewing a coxed IV for his house in inter-school competitions.

Skyrme was a salesman for Stratstone Ltd in Pall Mall before volunteering for the RAF on 4 October 1938. He scraped through his flight exams at the second attempt and was authorized to wear the coveted RAF cloth pilot’s wings. He married Georgina Alexandra Bellanti from Gozo Malta on 23 September 1939. On 25 October 1940 he was promoted to the rank of Flying Officer and on 1 November 1940 he joined No.10 Bomber Squadron under the command of Group Captain W.E. ‘King Kong’ Staton.

On 16 January 1941 at 18:32 Skyrme and four comrades (Sergeants Rowlett, Sandland, Polkinghorne and Brookman) took off from RAF Leeming in Yorkshire as part of an 81 aircraft raid on Wilhelmshaven following up a successful raid the previous night. During the night of the 16th fewer crews found their targets and Wilhelmshaven reported only light damage with two people killed. Five aircraft did not return from that raid including the Whitley Mk V bomber T4220 ZA-S piloted by Skyrme on his maiden operational mission. The last report of his aircraft was timed at 21:15: they were going to drop altitude to try to find warmer air because the flaps were icing up. The aircraft and crew were presumed lost in the North Sea.