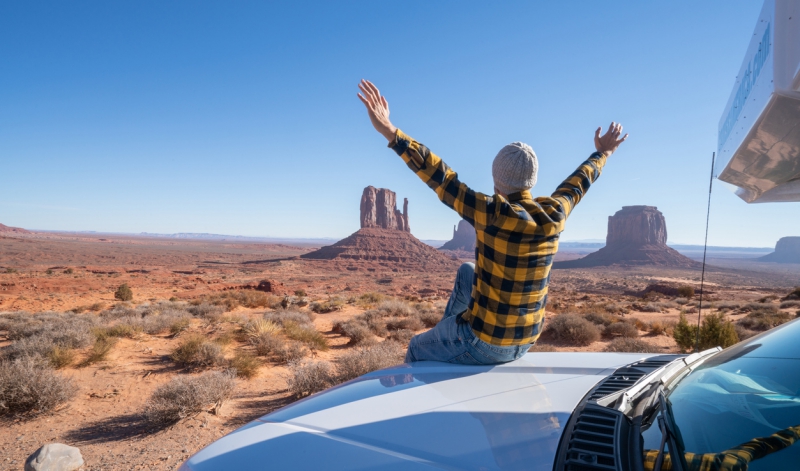 There’s one question men often ask me. It comes in different forms, but the gist of it is, “How can I be more confident, as a man as well as in the bedroom? What are the steps?”

I wondered this myself for many years. But when I hear it now it sounds strange and foreign. It’s not really the right question for them to be asking, not even the real question they have. Although they don’t know this. I certainly didn’t at the time.

I mean, I was a programmer. It was my job to write a set of instructions with such precision, such attention to detail, such thoroughness of design, that when followed (robotically and to the letter) it would produce the desired results flawlessly every single time.

So it made sense to me that getting beyond my terrible record with women was just a matter of finding the most effective instruction manual. This is how men think. Many of us, anyway. It was impossible for me to conceive of any other path to the kind of connection I was desperately hungry for. What other approach could there possibly be?

I never found the formula, because obviously, there isn’t one. But I did find a different path. So when I’m asked how to become more confident with women, I have to shift back to the me who wondered the same thing and try to come up with a useful way to answer.

Because the truth is, the world is abundant and loving and waits patiently, for decades if necessary, for us to be ready to receive all the gifts meant for us.

So perhaps the first step is to rephrase the question:

This was the question my younger self needed to confront the most.

So when I was recently asked the confidence question again, I took my best shot at coming up with an “instruction manual” based on my personal experience.

But the steps were all about how my actions affected me. Then the relationship of my dreams took care of itself. Really, that’s how it worked. The relationship happened the instant I became the man ready to have it.

That man isn’t looking for an instruction manual, and the last thing he needs is advice from some outside authority on how to treat the woman he’s with. The truth is, every ounce of her being is telling him from moment to moment, loud and clear, what she feels. That man will spend the rest of his life getting to know her, learning to be more intimate, a better friend, a more nuanced lover, and removing his own internal blocks to closeness.

But for the formula guy I once was, and for those who might be asking the same question, here are the steps I took:

I acted in ways I felt good about. Things that boosted my sense of self-worth or self-esteem. Whether it was bravely having an uncomfortable conversation or accomplishing a difficult task or “doing the right thing” even when I’d much rather take a different route, these things gradually helped me like myself and think of myself as a good, worthy and capable person. In my own eyes, as opposed to anyone else’s.

I began to trust my intuition, my gut feelings and my ability to sense others. Sometimes I took risky chances, following an inkling that wasn’t exactly by-the-books. And sometimes I was wrong. But I was right often enough to start to believe my own personal wisdom. And my mistakes always taught me something and made my intuition more accurate. Trusting my intuition made me a skillful instigator rather than just a willing participant.

I learned how to forgive myself. I noticed where I was being hard on myself with regrets and comparisons that served no useful purpose and were harmful to my psychic well-being.

There were times when my ego took a major pounding, and I began to let go of it. Without a fragile ego to protect, I suddenly found a new freedom — to be vulnerable, to let someone else win an argument, to stop worrying about looking good, to be wrong about something, to apologize, to receive feedback, to recognize that someone else is better at something. Where my ego had been threatened by these situations, my confident self wasn’t.

I got to the bedrock of why I put so much weight into women’s approval of me. I saw how in my young, impressionable years, I came to rely on women in an unhealthy way for nurturance and guidance. And in seeing it, something dissolved. I was able to let go of approval-seeking tendencies, performance anxiety and trying hard to impress rather than be authentic. I could just relax and enjoy. This made me much more pleasurable to interact with for the women in my life.

I stopped believing in the existence of a formula or algorithm or technique that would tell me the right thing to do. I started to see that everything I needed to know was right there in the actual moment of interacting with someone, and that all of my attention should be there. Not on some template behavior that someone else told me would work, or something that worked for me the last time. I started being fully present in my relationships and saw that all the answers were there.

I asked and listened and learned. Without a fragile ego needing to be told I was doing it right, I had the leeway to learn how to actually do it right. I stopped striving to be a master and instead became a lifelong student. Everything women and men reflect back to me, whether it takes the form of requests, advice, criticism, complaints or compliments, helps me learn and grow.

Those were the major milestones on my path. I no longer wondered how to be confident, as a man in the world and as a lover. I just was.

This post was previously published on Sex + Connection and is republished here with permission from the author.
—