The exchange was a perfect example of the way Caribbean history is part and parcel of the events and meanings that make up our present lives here in the UK. 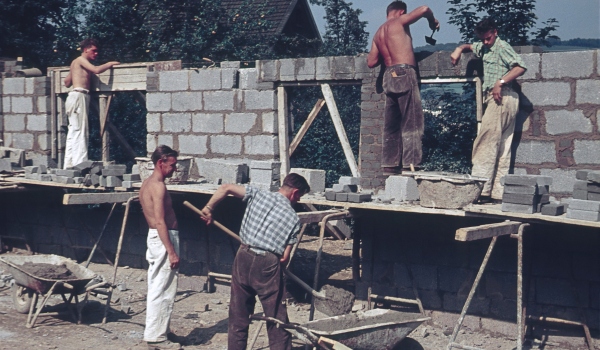 —
The opening of the re-furbished square in the centre of Brixton recently brought with it both festivities and, controversy. While many residents have been excited about the re-investment in Brixton’s public spaces, others have been more wary of the historical elisions such changes inevitably entail. In a letter to the editor of Lambeth Life one Brixton resident highlighted what they called the “irony” of juxtaposing the bust of the sugar giant Tate with a square named for the “economic refugees” of that “ugly and evil business.” In their response the Lambeth Life editor drew on the history of slavery and sugar in order to contextualize the issues. They stated, among other things, that Tate was involved in purchasing sugar from the Caribbean, but “not involved in running sugar plantations.” (Lambeth Life, p.6, 1 March, 2010)

The exchange was a perfect example of the way Caribbean history is part and parcel of the events and meanings that make up our present lives here in the UK. It also seemed an opportune way for me to highlight our Caribbean collections and, more specifically, the sources we have on Caribbean sugar production and slavery.

For those interested in investigating the history and legacy of plantation slavery and sugar production, the British Library is a treasure trove. For the last half of the 19th century we hold sources such as biographies of Henry Tate, reports on the sugar imported and refined by Tate, as well as parliamentary debates on the return of Jamaica in 1865 to a Crown Colony.

The Liverpool Papers contain reports on the production and profits of British Caribbean plantations as well as debates among colonial authorities on the spread of slave rebellions after the Haitian Revolution. The Sloane manuscripts and Edward Long papers contain records on the ships that travelled the “triangle trade” route in the 18th century.

In addition to manuscripts we have rare printed works, such as An Essay Upon Plantership by Samuel Martin, which discusses the technical innovations in sugar production throughout various islands in the English Caribbean, including Antigua, Jamaica and Barbados.

Last but not least, you will also find here the finest examples of secondary sources on the subject, from Eric Williams’ work Capitalism and Slavery to Sidney Mintz’s Sweetness and Power: The Place of Sugar in Modern History. Indeed, as Mintz’s title suggests, the Caribbean collections at the Library shed light on the history of modern Britain.