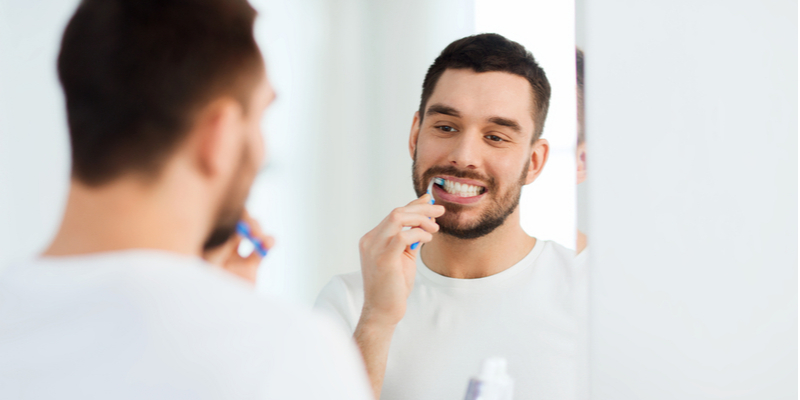 Men don’t fare as highly as women when it comes to oral health. The rates of tooth loss, oral infections, and gum disease are more prevalent in men than in women. These differences prove that men lack good dental health habits compared to women, and these may often affect other health conditions, such as an increased risk of heart disease and high blood pressure. The following men’s lifestyle choices depict why they have poorer oral health than women.

According to the Academy of General Dentistry (AGD), men tend to miss their dental visits more often than women. Ideally, men should visit their nearest Naperville Dentist every three months. But they only visit a dentist when they experience a dental problem that requires prompt treatment.

The AGD also suggests that men are more prone to health conditions like high blood pressure and heart diseases. The medication to keep these conditions in control causes dry mouth. Saliva usually protects your mouth against bacteria. But with a dry mouth, the saliva cannot protect your teeth and gums from various dental problems. The bacteria find their way to deteriorate your gums and teeth when you have a dry mouth.

Research by the University of Texas states that poor oral health can increase the risk of oral human papillomavirus infection. A survey from the same university also found that men suffer from the oral manifestation of this virus more than women, which can also lead to oral cancer. The ADA also agrees that HPV leads to more oral cancer cases in men compared to women.

According to the Washington State Department of Health, adult men suffer from more severe periodontal diseases compared to women. Moreover, elderly men usually have fewer teeth after 60 years than women because of these diseases. That is why you will see more men wearing dentures.

While these oral health facts don’t show a favorable picture for men, they can always follow the example set by women. It is best to visit the dentist every three months so that you know whether you are facing any dental issues or not. Make sure you listen to whatever the dentist says and follow their professional advice.