At this time of year, “best of” lists abound, vying for our attention. But teachers and parents committed to principles of social justice are generally left searching for something more than the usual top 10 list of best-of books.

We hope the reads we give are not just entertaining but also educational.

I’ve previously written on children’s literature and presented book lists for critical thinkers on The Conversation Canada. The authors I listed lead to a treasure trove — for example, S.K. Ali’s Love from A to Z — but what follows is a new list of recommendations. They are books published from September 2019 that I hope will both entice readers and foster critical thinking.

This book list is not exhaustive and I present it more as suggestions — ones that may warrant further research. Teachers and parents will want to look up any trigger warnings.

Also, I recommend adults read books along with younger readers: it’s vital to meaningful conversations. I think adult readers may be pleasantly surprised by the rich and important storytelling happening in the young adult literary world. 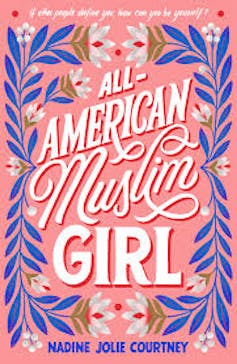 All-American Muslim Girl, by Nadine Jolie Courtney, defies what you think you might know about female Muslim representation in an American context.

Allie Abraham is the main character whose born-Muslim father dislikes that she’s becoming more spiritual. The family has just moved to a small town, a microcosm of a nation where Islamophobia has become normalized. Allie falls for the son of Jack Henderson, the county’s “shock jock” behind the spread of hatred.

It’s a quiet but complex story about the search for identity and learning to find your own way. Allie is a likable character whose moral compass is wholesome and whose struggles to sift through opposing influences read as authentic and heart-warming. There’s an education and historical element to be found here on Circassian Muslims. 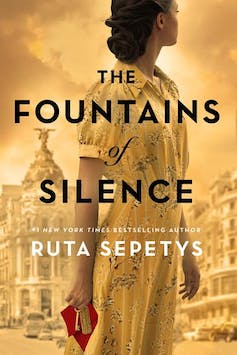 Book cover for ‘The Fountains of Silence.’
(Penguin Random House)

The Fountains of Silence, by Ruta Sepetys. Since reading Sepetys’ Salt to the Sea, probably one of my most recommended historical YA novels, I’ve been on the lookout for her work. In her latest, Sepetys takes readers to Spain in the 1950’s under the fascist dictatorship of Francisco Franco. Beyond giving us a look into the sorrow-filled aftermath of civil war, there are lessons here for those dealing with questions of privilege and the responsibilities to do something positive with that privilege.

Daniel Matheson is the protagonist photographer and son of an American oil tycoon who falls in love with Ana, the hotel maid and daughter of parents killed and imprisoned by the regime. She needs to keep silent in a country that relies on controlling people by fear. But Ana finds herself confiding in Daniel and Daniel begins to look beyond what he thinks he sees on the surface.

The best historical novels say something about contemporary times as well and Sepetys doesn’t disappoint. Readers will find parallels that speak to our silences regarding blatant injustices happening today.

SLAY, by Brittney Morris, is one I’d been hearing about for a long time before its September release. People called it a mash-up of The Hate U Give, and Ready Player One with a Black Panther-esque gaming world at its core.

Kiera Johnson is pretty much the only Black girl into STEM at her mostly white school. Beneath her honours persona, she’s hiding a secret life as the developer of an online game called SLAY. The game is supposed to be a safe-space for hundreds of thousands of Black gamers but when a teen is murdered in real life over a dispute in the game world, the game is exposed to accusations and threats.

Kiera fights to protect the world she created on several fronts. Although this is a novel that defies what stereotypes of Black girlhood may look like, it is also a super-inspiring read about the power of aligning your dreams with making the world a better, more inclusive space. 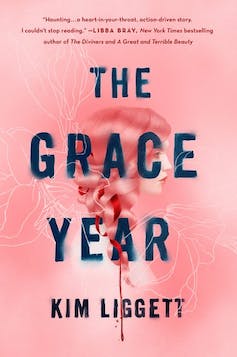 The Grace Year, by Kim Liggett, has already been optioned for film and been compared to The Hunger Games and The Handmaid’s Tale. It does not have an obvious diversity element built into it but it does have its strengths for critical readers.

It’s a dystopian story about Tierney James who lives in a patriarchal, puritanical society that sends girls in their 16th year out to “release their magic” into the wild. The belief is that girls on the cusp of womanhood have an energy that, unless expended, would bring the moral degeneration of their community. In the author’s note at the end, Liggett tells the story of how she was inspired to tell this story because of “the things we do to young girls.”

This book isn’t for the faint of heart. The prose is elegant and captivating, but the world is cruel and disturbing. The book was hard to read at times despite its female empowerment message. Accordingly, for this recommendation, I’d stress the necessity of reviewing the trigger warnings. 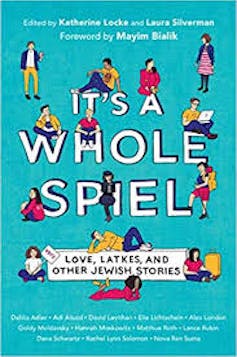 It’s a Whole Spiel: Love, Latkes, and Other Jewish Stories, edited by Katherine Locke and Laura Silverman, is for readers who prefer shorter stories rather than one long tale. Some are funny, others are sad, but all, in one way or another, address what growing up Jewish meant to the writer.

Bursting with diverse and intersectional representations (there’s queer and disabled reps here too, for instance), this anthology, much like All-American Muslim Girl, demonstrates that people of marginalized faiths aren’t a monolith and defy the stereotypes around them.

This book would be great for young Jewish readers, certainly for the chance to see themselves reflected in the books they read, but I see the benefit for non-Jewish readers as well. As children’s literature scholar Rudine Sims Bishop explains, books can be as windows, mirrors and sliding doors. Bishop wrote:

Books are sometimes windows, offering views of worlds that may be real or imagined, familiar or strange. These windows are also sliding glass doors, and readers have only to walk through in imagination to become part of whatever world has been created and recreated by the author. When lighting conditions are just right, however, a window can also be a mirror. Literature transforms human experience and reflects it back to us, and in that reflection, we can see our own lives and experiences as part of the larger human experience. Reading, then, becomes a means of self-affirmation, and readers often seek their mirrors in books.