When someone from a great acting lineage makes it big on the celluloid, we often suggest that it must be in their genes. While this holds true for their acting chops, what about their looks? We have a great breed of actresses in both Hollywood as well as Bollywood whose parents were actors too. However, you’ll be surprised to know that some of them look exactly like their successful mothers. Don’t believe us? Then have a look at some of the celebrity mother-daughter duos who shockingly look alike: 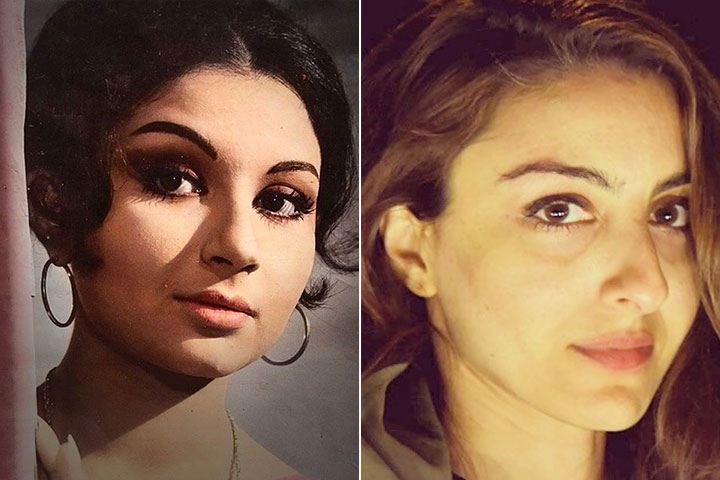 Bengali beauty Sharmila Tagore had captured many hearts, including Mansoor Ali Khan Pataudi’s, during her heydays as a leading lady in Bollywood. She later married the Nawab of Pataudi and had 3 wonderful children with Soha being the last one. It’s hard to miss Soha’s striking resemblance to her mother, be it her high cheekbones, delicate lips, or those doe eyes! This aside, what is more endearing is that Soha has definitely inherited her mom’s grace and poise as well. 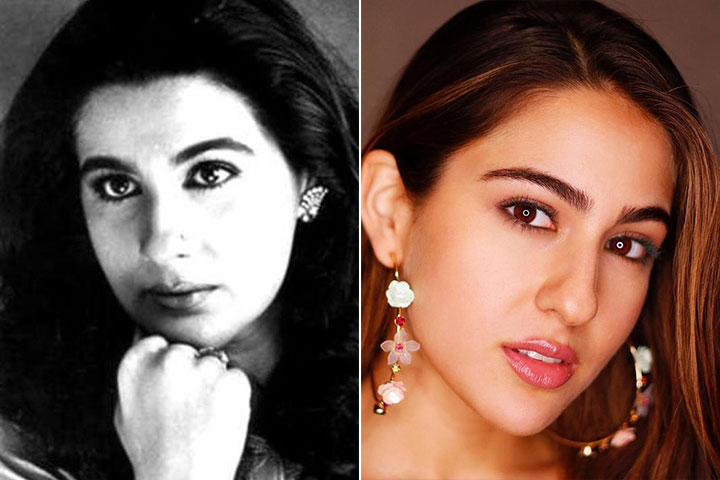 The rising star of this decade, Sara Ali Khan, swears by her mom, Amrita Singh’s humble upbringing. She is well-educated and modest without the starry airs. However, apart from this, Sara definitely has a lot more things to thank her mother for, one of them being her looks! One glance at any of Amrita’s old pictures and it’s hard to miss the striking resemblance that Sara bears to her. Sara has also showcased her excellent acting chops just like her mother who was a force to reckon with at the peak of her acting career!

When Babita debuted in Bollywood in the late 60s, she left everyone spellbound with her beauty and classy styling. She was one of the few stars who endorsed a big soap brand that has always been associated with Bollywood stars. With such an illustrious mother, how can the daughter be behind? We are talking about none other than Karisma Kapoor, the eldest daughter of Babita (the other daughter being Kareena Kapoor). The actress is a spitting image of her mother from her heydays. Karisma too achieved great heights of superstardom with her amazing looks and stupendous acting talent. Karisma is now a mother of two kids and keeps herself busy with endorsements. 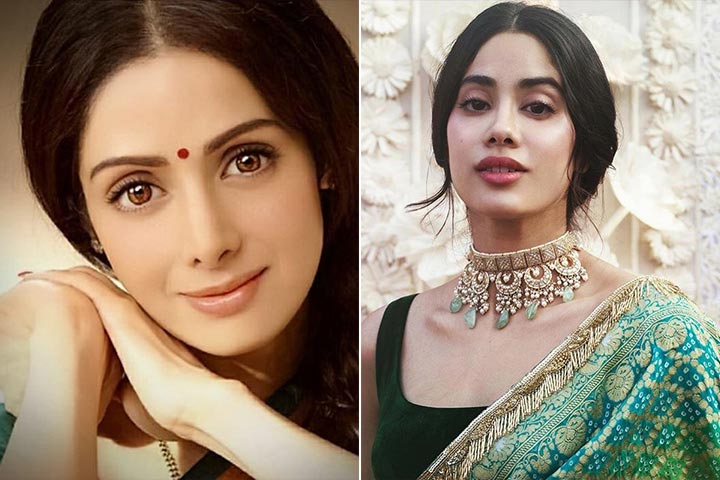 Another new star kid on the block who bears a shocking resemblance to her mother is none other than Jahnvi Kapoor, daughter of Superstar Sridevi and producer Boney Kapoor. Sridevi probably had the most beautiful eyes in Bollywood that made anyone go weak in the knees. Now, it seems like her daughter Jahnvi Kapoor has inherited her mom’s beautiful looks too. Apart from her gorgeous big eyes, it is hard to miss how much she resembles her legendary mother, especially in sarees. 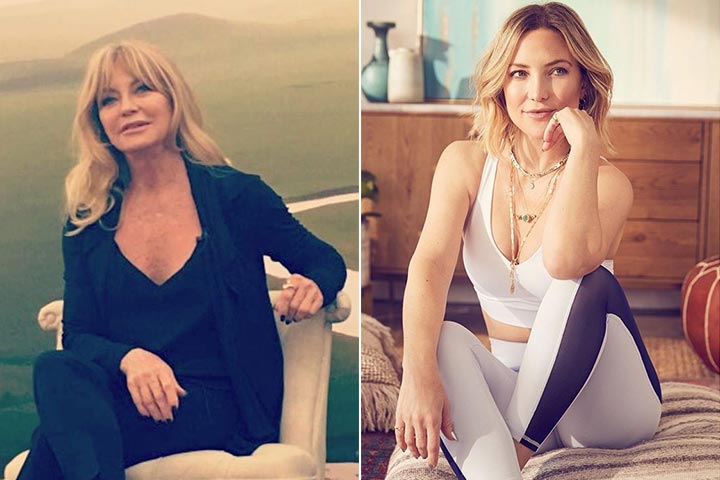 Just like Bollywood, Hollywood also boasts of some mother-daughter duo who resemble each other. The most popular one that we can think of is actress Goldie Hawn and her daughter, Kate Hudson. One look at them together and we bet it’ll be hard for you to tell who’s who. Although both mother and daughter bear an uncanny resemblance to each other, they both look equally stunning to date despite their respective age.

Isn’t it surprising how much these daughters resemble their mommies? Mind you, show business isn’t like any other business. Here, you remain in public view and later in everyone’s memory even if you quit films. All it takes is a simple google search to find your pictures. Yet, all these beautiful daughters who made it big in movies despite their mothers still remaining in public memory, deserve a round of applause for their hard work and efforts.