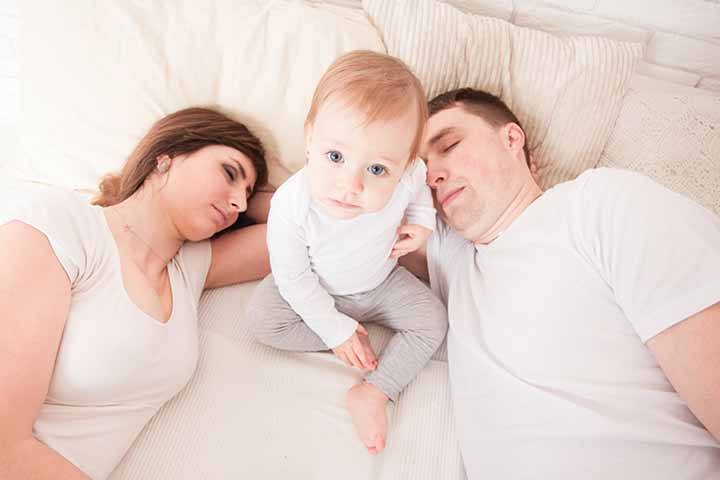 Parenting is probably the most underrated job in the world. Who knew raising miniature versions of yourself can be so tough? And chances are you will not make it through to the end of the tunnel with your sanity intact if you start fretting over every single thing. Raising young kids has a lot of ups and downs and the best way to deal with it all is with a good sense of humor. And these honest tweets from real parents prove parenting is a roller coaster ride. And they are absolutely hilarious. 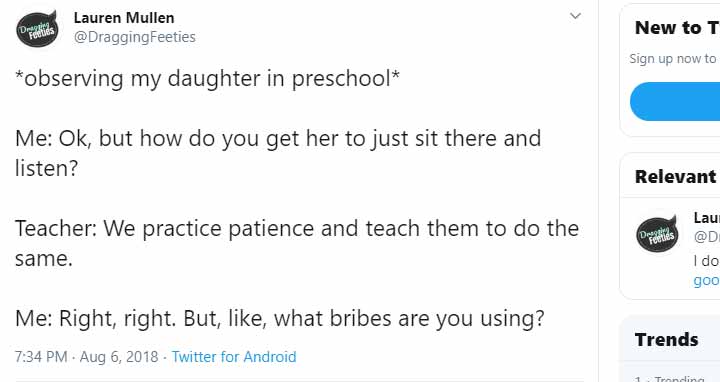 Have you ever wondered how teachers do it with a classroom full of 30 kids? Well, it doesn’t hurt to ask.

2. A Chair Made Out Of Bread

Kids are masters of their own minds. And if the bread seems like a comfortable place to rest their butt, that’s where they will be.

If you are a parent, you know the feeling of never reaching anywhere on time. No matter how much you hustle, you will end up being the last one. And this parent clearly knows there’s nothing much you can do about it.

There’s no way you can escape from talking to fellow parents. You will bump into them one way or another either at a parent-teacher meeting or during your kid’s school annual function. Maybe it’s time to call up your folks and thank them for all they have gone through.

The only way to have an immaculate house is when your kids no longer live there. Maybe you will have to wait until your kids head off to college to have this wish finally fulfilled.

6. Race To The Camera

It’s hard to get a good picture of your toddlers when they are always running to you to see the pictures before they even hear the click. We bet this is something every parent could relate to at some point with their kids.

Do you remember the white cushion covers we once had? Me neither.

8. The Alien Trying To Escape

Kids being the innocent little beings believe everywhere we say. And we are all guilty of using this opportunity to have a little fun ourselves.

9. When We Are Are Banned From Own House

Kids need their privacy even if they are just 4-year-olds. And though it may hurt to hear those words the first time, you will be thankful that they are taking those baby steps to become independent.

10. When Was The Last Time Your Drank Your Coffee Warm?

We bet you can’ remember. We suggest getting yourself an insulated coffee mug because getting some uninterrupted time for yourself is still a few years away.

Dealing with meltdowns, eating soup that has crackers – being a dad to two kids is never easy.

12. Rule Number One: They Are Always Right

It’s impossible to win an argument with a toddler. It doesn’t matter how irrational and illogical they may sound, they will always win. It’s time we all realize this bitter truth and move on.

Now we all have to agree that’s the one thing both puppies and toddlers have in common.

Mindy Kaling sure knows what it takes to get your baby to sleep.

Which tweet did you relate to the most? Let us know in the comments below.