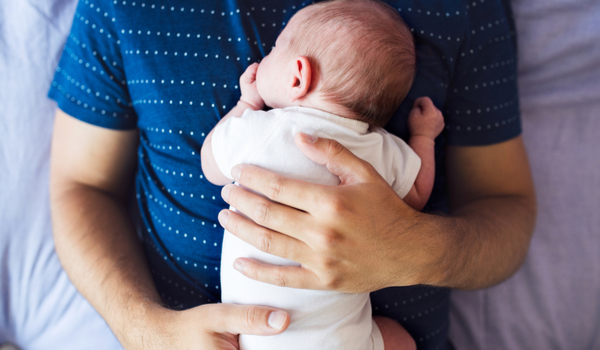 Welcome to Fatherhood!  It’s new, it’s exciting, and there is going to be a lot of poop.

I’m sure you’ve read a lot about how to feel, how to support mom, and how an epidural isn’t covered by health insurance.  Then all of a sudden, you are booted out of the hospital with your new bundle of joy.  On the ride home, it hits you:  I have no idea what I’m doing.  Don’t worry, those feelings are completely normal and they never go away.

But let’s see if we can at least start you off on the right foot.  I’ve been an at-home father for eleven years, and I’ve picked up some tricks along the way to help make this next three or four months a bit easier.  Why three months?  Because that’s usually when your new kid starts sleeping through the night.

It’s different for everyone, so my first piece of advice is to not pay too much attention to the “shoulds” that a lot of books tell you.  Go with the Barbosa approach from Pirates of The Caribbean:  they are really more guidelines than actual rules.  Side note, your new baby will never want to parley with you.

There is going to be a lot more than this post can cover, of course.  New babies are as complicated as they will be when they are teenagers, except they don’t talk back as much.  I would highly recommend you get the book The Baby Owners Manual by Joe and Louis Borgenich.  It absolutely reads like stereo instructions, and this is one time in your life you’ll need that.  This practical advice book skips all the flowery language and tells you exactly what to do.  Of all the books on fatherhood that I’ve had, this is the one that I wouldn’t loan out.  It was my bible.  I finally gave it away to a new dad when I saw that confused look in his eye.