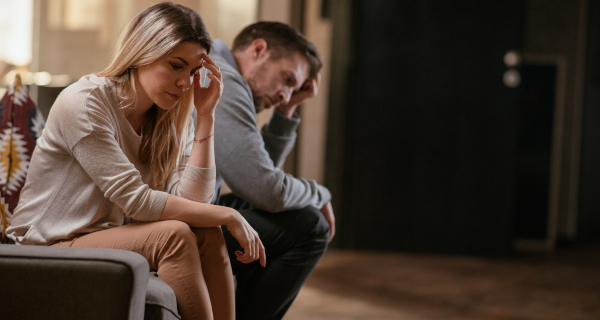 How Do Anger and Frustration Affect Romantic Relationships?

Angry exchanges are bound to happen between intimate partners. Ranging from mild to explosive, they often likely to create cumulative damage over time.

Anger is a “puffer-fish” phenomenon. It serves to make people feel more powerful when they can’t express their more vulnerable, underlying emotions. Most often they are preceded by feelings of frustration, hurt, unmet needs, or perceived injustice.

Because the partners on the other end of angry expressions cannot see those hidden feelings, they too often react defensively to the anger, itself. The result is a downward spiral with two upset people misunderstanding the underlying reasons for why they are in dispute.

In working with couples for over four decades, I have often witnessed these angry exchange patterns and noted how predictable they have become. Each partner typically employs a particular anger style and response and activates the other partner’s similar predictable reaction.

So many of the couples I’ve worked with are not conscious that their angry interactions are foreseeable and reciprocal. They also, too often, don’t realize the underlying, more vulnerable emotions that drive them. Once the partners are in an angry interaction, they rapidly go from friends to adversaries and cannot see beyond each of their own emotional survival.

“Speak when you are angry and you will make the best speech you will ever regret.” – Ambrose Bierce

In order for couples to successfully resolve their differences, they must stop using unsuccessful angry exchanges. Instead, they need to understand what underlying emotions are driving those angry emotions, how they each traditionally express them, and what effect they have on the other partner.

The easiest first step to eliminate negative angry patterns is for each partner to identify his or her anger style and what deeper and vulnerable emotions he or she may be feeling underneath them. The second is to become aware of their effect on the other partner. It is only then that angry emotions can be understood and replaced by more successful resolution behaviors.

Over the years, I’ve compiled the ten most common anger styles and how most partners respond to them. Some people use only one while others may employ a pattern that utilizes several at the same time.

Whichever pattern is employed, they all appear to have the same goal, to get the other partner to do what the angry partner needed, but could not successfully obtain before his or her anger became the cover-up vehicle.

The following are the ten most common anger styles and how most partners respond to them.

This anger style is often more of a bark rather than a bite. Still, this type of angry expression is meant as a warning sign; “do not approach.” There many reasons why people employ this rapid-fire reaction, and it is critical that the partner who barks understands why he or she is pushing away all attempts by the other partner to connect.

Most partners on the other end of this anger style do interpret these bursts of negative emotion as clear signs to back away but will initially try to keep the interaction going. If they cannot get resolution and the snapping becomes a consistent pattern, they will eventually pull away or respond with their own anger style.

“Never respond to an angry person with a fiery comeback, even if he deserves it…Don’t allow his anger to become your anger.” – Bohdi Sanders

Some people can only express their resentment by sniping, sarcasm, criticism, nagging, mean-spirited teasing, or snarky comments. They want their needs to be met, yet are unable to ask for them directly, or don’t feel they would be met if they did.

The other partners’ most typical responses to these erosive remarks are to defend by similar counter-attacks, attempting to reverse the constant criticism. Over time, they are likely to become inured to this behavior and seek more positive support from others.

Perhaps because they have difficulty asking for what they want, some partners swallow their resentments, disappointments, and thwarted desires, until they can no longer tolerate the way they feel. At that point, they are likely to erupt into a tirade of rageful accusations and explosive threats.

The other partner may have no idea that these feelings are brewing prior to the venting. Or, they do sense them and try to resolve them before the blow-up. In any case, these types of eruptions often cause serious cumulative damage.

“The sharpest sword is a word spoken in wrath.” – Gautama Buddha

This mode of expressing anger appears intended to annihilate the other partner’s status in the relationship. It is a focused attack, a verbal machine gun, using whatever is more likely to undermine and devalue any defense on the part of the other partners. Partners who use this anger style need to win at any cost by silencing the other, then disconnecting immediately afterward.

If they are not triggered into their own angry reaction, the partners on the other side of the rapid-fire exterminator have learned over time to stay silent during the tirades. They know that it has a predictable pattern of intensity and duration, and often just wait it out.

Angry partners who are fearful of their partner’s response often wait to express their own negative feelings when they can rapidly disconnect before facing retaliation. They depend on their partner’s being less defensive at a later time.

These styles can cause the other partner to become increasingly resentful. It depends a lot on how quickly the attacked partner recuperates, or whether he or she becomes a counter-predator when the relationship resumes.

“Rage is fine as long as it doesn’t deteriorate into bitterness.” – Cornel West

Partners who exhibit this style of anger exhibit patronizing, robotic, silence during their angry interludes. Their behaviors may last for a short time or for days, and usually, do not end until he or she gets what they want.

Partners on the other end of this behavior can be severely traumatized if they have a history of rejection by others. If they have the confidence to weather the other’s attempt to control by withdrawal, they can still be available to connect when the boycott ends and the perpetrator has “self-thawed.”

Continuous, repressed, anger that is blamed on the other partner can easily turn into martyrdom. Martyrdom is a silent, self-effacing anger style but effectively communicates cumulative distress. People who fall into this behavior are often trying to appease or to adapt to the other’s demands, hoping their pain will be recognized without their having to express it directly.

Partners on the other end of martyred anger styles rarely win. They don’t always know what they’ve “done” that caused the silent suffering. Secondly, they are denied information to help them understand whether to agree or to deny the charges. Third, that martyred partner may actually feel noble when they sacrifice their needs and become wedded to that role.

Some people cannot bear any kind of angry interactions. They will use any means to avoid them. The most typical of those escape behaviors is to abuse alcohol or other drugs. But any addictive escape behaviors can be just as effective, even those that appear on the outside to be more legitimate like intense working-out, spending huge amounts of time committed to work or hobbies. What is in common is the way and when those escapes are utilized.

People on the other end of partners who refuse to engage in any kind of negative interaction know they are being avoided. But their partners use behaviors that do not lend themselves to resolution. The escape experiences are evidently preferable to engaging, and often impossible to challenge.

“At the core of all anger is a need that is not being fulfilled.” – Marshall B. Rosenberg

People who express anger by “bank-shots” by bringing in the “troops” for additional support during any angry interaction. When they feel they are losing an argument, they bring in the opinions of others their partners’ respect.

The unfortunate people on the other end of these anger strategies often feel self-doubt when confronted by “all the others who feel the same way about them as their partners do.” They begin to wonder whether their own thoughts and feelings have merit, and then give in.

This anger style is the most damaging to any relationship. The partners who use it are intentional in their goal to inflict damage and to vanquish the other partner.

They do so by using wipe-out statements, character assassinations, attacks on the other’s most vulnerable states, and threats of abandonment or exile. In their focus to retaliate, they intend to annihilate the other in any way they can.

If the other partner argues back, they escalate their need to win. They may even try to bait them if they don’t. Many of the attacked partners remain silent, hoping to lessen the intensity and duration of the tirade. Others attempt to disconnect but will have trouble doing so until the predating partner feels they have suffered enough.

“Anger is a valid emotion. It’s only bad when it takes control and makes you do things you don’t want to do.” – Ellen Hopkins

Anger styles are predominantly learned from early childhood but can also be caused by mood disorders such as depression or other genetic inheritances. They are also affected by a person’s current underlying state, prior upsets, or triggers from past negative experiences.

If people can learn to understand and share their underlying drivers for their anger before they express it unsuccessfully, most partners do respond positively to listening and caring for those underlying vulnerabilities and will strive to help heal them.

Here’s an interesting video that you may find helpful:

“Holding on to anger is like grasping a hot coal with the intent of throwing it at someone else; you are the one who gets burned.” – Buddha

If you think anger in your relationship is affecting you way too much, then remind yourself that you have half the responsibility to fix it. Make sure you are calm and mature than your partner. You cannot expect your partner to make the best decisions when they are angry. But you can take control of the situation by keeping your emotions under control. Your partner will eventually react and behave the way you do. So if you are being mature during an argument, they will soon mimic your energy and body language. Moreover, staying calm and observing the situation without judgement will help you figure out if the relationship is right for you. Whether you let anger dominate your relationship depends on you. If you can make the decision to control anger in the relationship, your partner will soon do the same.