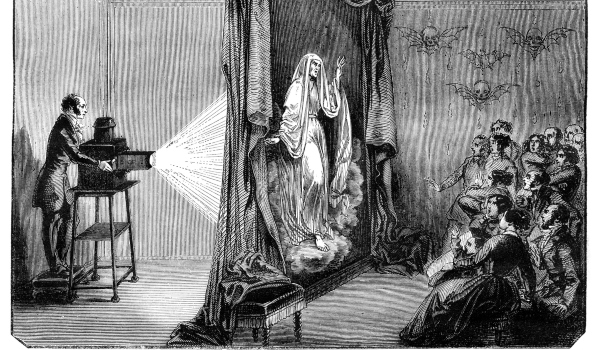 —
Last week we published a list of 10 great online newspaper archives. Working our way through the different news media, here’s a listing of 10 of the best newsreel sources to be found online, newsreels being the news medium shown in cinemas worldwide from the early 1900s to the 1970s (and beyond in some countries). Newsreels don’t always receive the attention they deserve from historians – they were popular, powerful, and had a huge influence on people’s perceptions of the world. Their archives are often aimed at the broadcast market rather than the general public or academic audiences, but there is plenty of good material for anyone to find if you know where to look.

The online archive of the Italian stated-owned Luce company contains seventy years of newsreels, from the late 1920s onwards. The site is in Italian, but is easy enough to negotiate, and there is plenty of material there from around the world, as well as naturally enough having excellent coverage of Italian life and politics (including the period when Luce was the propaganda tool of Mussolini’s fascist regime.

British Movietone News was one of the most familiar and influential of British newsreels. It was the first sound newsreel in Britain, and ran 1929-1979. Its entire run has been digitised and made freely available (to use the site requires registration first), though its primary purpose is commercial sales. The site isn’t nearly as well known as British Pathé, but is just as important, with so many important and just as many incidental and quirky news stories from five decades of British life. There are good catalogue descriptions, with low and high resolution videos for viewing.

British Pathé is the dominant force for online newsreels. The Pathé Gazette (later Pathé News) newsreel ran in Britain between 1910-1970. Most of its twice-weekly issues have survived and have been digitised and made available online – some 3,500 hours, or 90,000 individual items. Now run by an independent business with no connection to the original Pathé, the site provies high resolution copies for footage sales and low resolution freely viewable copies for the general public. There are some idiosyncratic catalogue descriptions, thousands of stills taken from the newsreels, and useful thematic collections such as World War One. It is easy to use, engrossing to browse, and provides a wonderful panorama of much of twentieth-century life, in Britain and beyond.

The survival rate for American newsreels is not as good as it is in some other coutnries, and research tools such as databases or digitised collections are disappointingly few. An important resource is the Fox Movietone collection held by the University of South Carolina. 200 Fox Movietone News issues for the 1942-44 period can be viewed online, together with digitised newsreel cameramen’s dope sheets (records of what they shot during an assignment) and other documentation. The USC’s main digital video repository Moving Image Research Collections has further newsreel material available, including stories from the the silent Fox News (1919-1930) .

For a century the French Gaumont and Pathé companies (both established in the 1890s) were the greatest rivals, and it still feels extraordinary that the two should have finally combined (in 2003) to create this huge newsreel archive (which also includes films of the French Éclair Journal). Searching the site is free, and the range of content is stupendous, representing 14,000 hours of historic news film. Unfortunately viewing of the clips themselves is restricted to “broadcasting professionals” i.e. those who have signed up to the site and who have proved to them that they are likely to buy footage from them. There is English language as well as French background text, and even if the clips can;t be viewed by most it’s still an amazing resource to browse.

The IWM holds substantial collections of film relating to the First and Second World Wars, among which are British propaganda and service newsreels, such as the War Office Official Topical Budget for 1917-18) and War Pictorial News, Warwork News, The Gen and the German-language Welt im Film for the Second World War and after. Only a small number of the records have playable copies, and searching is easier by subject than it is by series, but the catalogue descriptions are detailed and precise.

ITN is the largest moving image archive in the UK after the BBC, and has much more than just the television news programmes made for ITV and Channel 4. Through its management of the Reuters archive, it has the libraries of the Gaumont, Paramount and Universal newsreels, as they were issued in Britain. There is newsreel (and pre-newsreel) material here from the 1890s onwards (use the Advanced Search option and tick the Reuters box, though this brings up much non-newsreel maerial as well), with tens of thousands of clips, plus many handy compilations. As with many other newsreel sites, ITN Source is aimed at the commercial footage market, but the site is hugely valuable to the general and academic researcher.

Behind the ugly name is a substantial collection of video, audio and image material licensed for use by UK higher education. Among this material is what was formerly known as Newsfilm Online, a specially-selected collection of 3,000 hours of ITN Source newsreels and television news, including Gaumont and Paramount newsreels, which can be downloaded and re-used by students in licensed HE institutions. For the rest of us, it is still possible search and browse the archive, if not to play the videos.

This is the place to to discover British newsreels. It is a database of nearly every newsreels and news magazine issued in Britain between 1910 and 1983, and is managed by the British Universities Film & Video Council. The database is more accurate when it comes to issue dates and issue numbers than is sometimes the case with the newsreel libraries themselves, and as well as these records there are 80,000 digitised production documents (including scripts) and links through to playable copies at British Pathé, Movietone and (for HE users) JISC Media Online. There is also much background history on the newsreels, including biographies, essays and oral history recordings.

This is an archive of the German Deutsche Wocheschau newsreel. Over 6,000 stories have been made available to date, with additional material going back to 1895 and up to 1990. There is English language as well as German text, but unfortunately little informastion is given on the newsreels and the image quality is very low (and requires Windows Media Player). It is great that such important newsreel content has been made available in this way, but the site could and should be so much better than it is.

Please note that the British Library does not have any cinema newsreels in its collections.